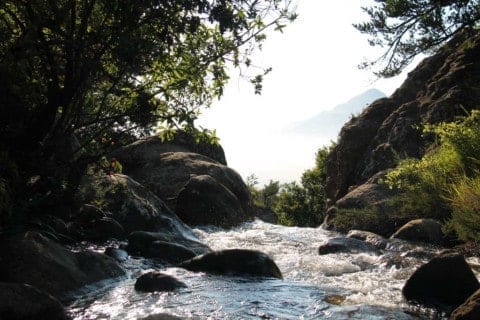 This is one entry from a dialectic journal about the book Huckleberry Finn by Mark Twain. Specifically, in reference to chapters 9-12. What’s italicized is what I wrote originally, and everything else is added now for clarification.

Jim and Huck explore a washed-out house that floats past, and find a dead body inside. I thought it was interesting how seemingly desensitized Huck is to death, yet Jim still tries to hide the body from him.

I say desensitized because of all the talk of murdering at the beginning of the book.

There is even more superstition with the dead snake that leads to Jim getting bitten. Although Huck seems to have a grasp on the injustices and hypocrisies in society, he still is a child.

This is in reference to when Huck leaves the dead snake by Jim while he is sleeping as a joke.

Huck also learns from pretending to be a girl in town that a search party is going to Jackson island, forcing Jim and him to leave.

While floating down the river, Huck muses about the different things that Pap and the Widow had told them, further showing the conflict between good and evil.

Before this in the journal I had stated how Pap represents evil and the Widow Douglas represents good.

They also come across a shipwreck, as well as three men, two of which are plotting to kill the third. While watching this happen, Jim and Huck’s raft floats away. They end up taking the robber’s raft though, which Huck feels bad about, oddly enough. Even though they’re robbers and potential murderers, he still has remorse about it.

I just thought it was odd how Huck feels remorse for doing something bad to clearly bad people.

Huck is still driven occasionally by the desire to be like Tom Sawyer, which is why he almost gets in trouble with the robbers.

When Huck tries to act like Tom, it more or less ends poorly, but when he is himself it works out better. This is to show the conflict between realism and romanticism, Sawyer being romanticism.

Hello Abdullah, I find it interesting too that they talk about hiding a dead body at the start of the story. But I feel like that is a great intro to start the book.It really wants the reader the read more of the story. I don’t know Huck wants to be like Tom so much. It keeps getting him in trouble. But at one point I think he will learn his lesson.