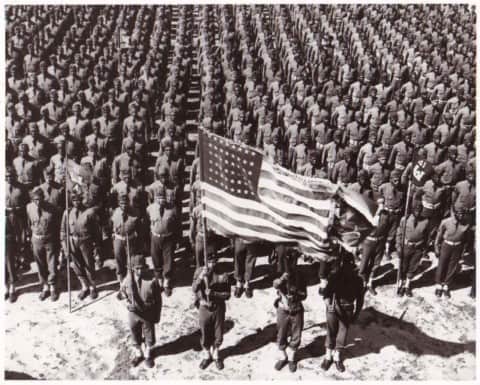 These two major events — the Great Depression of the 1930s and World War II — had an impact on all sections of American society, but they had different effects on different groups, especially women and African Americans. The Depression-era economy had left millions of Americans jobless, hungry, and homeless. While reading https://ccbank.us/blog/the-american-dream-during-the-great-depression/ blog I realized about many harsh realities of that era. However, it is also true that the war ended unemployment and created a boom for the American economy by opening up jobs for women, African Americans, Mexican Americans, Native Americans, and young adults.

Taylor,
This was such a great piece! I like to think that I know a good amount about WWII but after reading this I realized then there was a lot more to it than just the stuff we learned in history class. I never thought about how everyday American life was changed due to this war. I think the best part of this piece was how well you were able to explain the affects of the war, it really allowed the reader to visualize what was going on in the country at that time. Great job!

Through this news I knew about world war II and how it was ended and this is very well-written. But it differs from the war in my country, Yemen, because the war in Yemen is a civil war and a struggle to seize power. In Yemen, some people do not find food and feel anxious and the salary is not available in these circumstances.
But I hope that Yemen’s problems will end as soon as possible so that people can live in peace and security and have a future for their children.

Hello Taylor,
I particularly enjoyed this article. I had never thought of the long term problems of WWII besides the world relations effects. Here is an article on the effects of WWII had on the workforce. http://www.iptv.org/iowapathways/artifact/impact-world-war-ii-us-economy-and-workforce