How Wii are all gamers

Home How Wii are all gamers 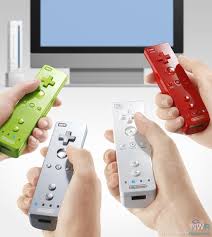 In 2005, the gaming industry changed forever. Nintendo came out with the Wii, and the households of many have never been the same. The Wii revolutionized what it meant to “game.” The games require interaction physically from the user, and it does not need a high amount of skill to be good. The Wii is a simple idea, but one that has a significant impact and one that continues to impact our world. People can come together to watch someone play the Wii and understand what is going on, unlike some other games where to enjoy watching it, you have to play the game.

What makes it fun

In an article written by David Ewalt, he writes that making the game interactive “it is suddenly more immersive, more compelling, and potentially more appealing to consumers who have never considered buying a videogame console before.” Nintendo knew how to get the non-gaming people into the community; make it interactive. The simple concept of making the game react to movement immerses the player into the game, making them more invested. Additionally, viewers engage with the game as well. If one person starts to play, soon a small crowd has formed to watch. The simplistic games and animation make the games easy to follow yet engaging.

Not only are the games interactive, but they are short. The brevity keeps the attention span of people. In an article written by Kevin McSpadden, he writes that “Microsoft theorized that the changes were a result of the brain’s ability to adapt and change itself over time and a weaker attention span may be a side effect of evolving to a mobile Internet.” Nintendo knew that if they wanted people to play their games, they would have to make the games short. Some games are longer, but they keep people invested by having new things appear. On the game Wii Party, there is a 40-minute board game. The game keeps people invested by incorporating min games into the big game.

Nintendo leads the online entertainment industry to shorten its content. The social media app Tik Tok is popular because of its short videos, which keeps over 800 million users invested. Youtuber David Dobrik capitalizes people’s short attention span by making his videos less than five minutes. The Wii will continue to be a popular game because of its universality and will keep the people entertained.

Hi Sophie,
I loved the time when wii came out, defiantly some of my greatest memories. I loved how you wrote your article in a way that the readers can follow your thought process. Very fun to read!