How to Save the World’s Smallest Porpoise?

Home How to Save the World’s Smallest Porpoise? 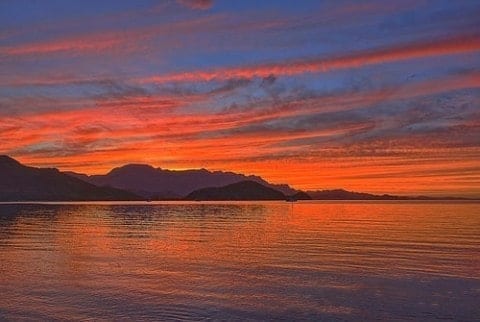 How can we save them?

So, there are roughly 30 left in the wild. The vaquita, lovingly known as the panda porpoise, because of its patches, is the smallest cetacean with the smallest range. It only lives in the marine waters in Mexico, a 2,300 square kilometer area. So, why are they nearing extinction? They are bycatch for a fish called totoaba, a critically endangered fish with a special swim bladder that can be sold for $4,000 per pound in America and China which is a lot for fishermen. To illegally capture these fish the fishermen use gill nets, which trap vaquitas underwater, drowning them. These nets were band back in 2014, but with major gains and little danger of getting caught, the fishermen continue to illegally use the nets.

So, what can be done? Well, according to Viva Vaquita, a captive breeding program has too many unknowns so a long term conservation of their natural habitat was decided on. But on the 14 of October, this year, a plan is being put into action. US navy dolphins have been trained to locate vaquita porpoises and signal the capture team. Of course bottlenose dolphins are known to kill porpoises, so there is danger to this plan. Next, the vaquita will be taken to an ocean sanctuary off the coast of San Felipe -since no one has before, no one knows how they will fare in captivity. While they stay there, their habitat will be cleaned of gillnets and other dangers before their release.

The northern elephant seal was done to 30 and they came back from the brink. This can be done.

Fun fact, no images of vaquitas can be found on this website.

Great post Anna,
I really believe that the endangerment of animals is something to be addressed, and seeing as how I haven’t even heard of vaquita porpoises until now shows how little people talk about these endangered animals. I like how you approached the topic of what we can do to engage ourselves in the preservation of the vaquita porpoise, which also allows for people to think about the idea of other animals that could possibly be endangered. I found an article talking about the “ten most famous endangered animals” and I noticed that a lot of people believe these animals to be abundant.

I believe this just shows how ignorant we are as a people to what is occurring around us and that we do not want to believe that these animals could go extinct. All in all, this was a great article and I hope you continue to produce articles like this. Thank you

Anna, to get images of vaquitas you must upload images of vaquitas. XD
Also, I really like this post. I was instantly drawn to it. I wonder why. Also, have you ever heard of the vaquita challenge? I think you’d reaaalllyyy enjoy it. It’s great to raise awareness for the vaquita.

According to http://porpoise.org/save-the-vaquita/ you can help by donating to efforts, adopting a vaquita (which they have a button for), buying sustainable seafood, avoiding Mexican shrimp, establish tourism opposed to fishing around the Sea of Cortez, and raise awareness.

I like how you laid this out, but I think it would be interesting if you could go into anything about the Mexican ban on gill nets, and whether they’re actually upholding it or not.