How To Prevent School Shootings?

Home How To Prevent School Shootings? 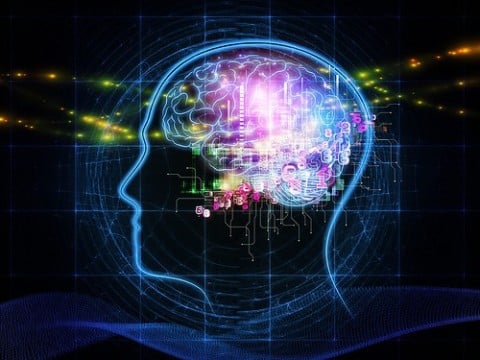 The increasing amounts of school shootings in America have left families devested and a country in shambles. Parents are demanding answers as to why their child was killed and many other students have ceased going to school completely because of the trauma they experienced. To resolve this issue we need to work towards preventing the problem before it progresses to the point where someone feels like they need to pull the trigger.

There are many different reason people think school shootings have increased. In an article called “Why do school shootings keep happening? We need to listen. a report showed that someone close to the attacker knew his plan. But the “…information rarely made its way to an adult.”  the article even goes on to say that “The majority of the attackers had difficulty dealing with loss or personal failures, or felt bullied, persecuted or injured by others.” These kids felt so much pain that they felt as though there only escape was a gun. This shows that that the problem is deeper rooted in the mental health of a child.

The solution to preventing violent acts such as these is by focusing on the mental health of students. In another article called “Here’s How To Prevent The Next School Shooting, Experts Say Kamenetz suggests that you “Don’t harden schools. Make them softer, by improving social and emotional health.” When children feel like their in a hostile violent that doesn’t care for their well being they tend to lash out. But if we teach our students at a young age that their well being is the school’s first priority they won’t feel the need to lash out. The article continues to say that you should remove “environmental hazard” that contributes to gun violence: the guns. The eight-point plan calls for universal background checks, a ban on assault-style weapons. Taking precautions like these contributes to a safer and “softer” environment for the kids at this school.

Finally, It’s also important to help those who have already been affected by these traumatic school shootings. Taking care of their mental health is just as important as protecting the mental health of students who haven’t been affected by it yet. The best care takers for these students are their parents. Some things parents can do to help these students through the traumatic experience is to see if they see a change in a child’s emotional behavior to see if they had any explore to traumatic experiences, That way you can start working towards looking at things you can to help your child said The Impact of Mass School Shootings on the Mental Health of Survivors: What Parents Need to Know.

Photo by A Health Blog

Hi Mary. I agree with your views for the most part. I agree when you said, “These kids felt so much pain that they felt as though there only escape was a gun. This shows that that the problem is deeper rooted in the mental health of a child” I also believe that mental health plays one of the bigger roles when it comes to a student shooter coming into a school. I appreciate that you had evidence within your article to back up your thoughts. The one part that I didn’t fully agree with was when you said the best care takers for students are their parents. When a shooter comes into a school, they tend to not have an great family that they can lean back on. I believe that students should been shown that there is resources and trusted adults within their school to talk to, like counselors.

Here is an article about mass school shooters who have grown up fatherless.
https://www.ncfr.org/ncfr-report/winter-2018/fatherlessness-associated-gun-violence

This article talks about how shooters struggled in their life because they didn’t have that parent to rely on.

Looking forward to hearing from you.

I agree with most of your views. But i would take the easy accessability of guns as a bigger factor in why so many school shootings happen in America. You can just take a look at germany or any other european country and see that the rate of school shooting are drastically lower than in the US. Now one could say that this is caused by european schools beeing a better environment than american schools, but that is most certainly not true. It´s just that people that have Problems can´t just take the Gun of their parents and shoot up the school. But that still leaves the Problem, that troubled kids need more help to deal with their anger in another way than hurting someone else.