How the ski industry can save itself

Home How the ski industry can save itself 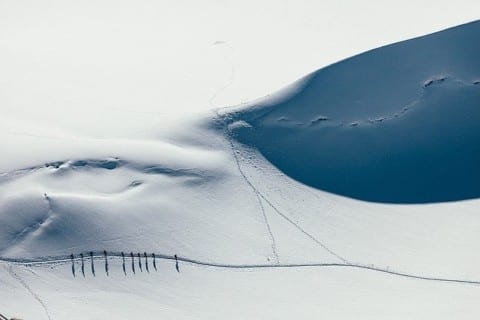 It’s no surprise that we are facing a global climate crisis, but many are failing to see the impact it might have on a more local scale and the economic crisis it could bring. Predicted to be one of the hardest hit, the ski industry is scrambling to find solutions in order to save itself from being completely destroyed.

The ski industry has been feeling the effects of climate change for a while now, seeing snowfall accumulation drop an average of 41% since the 1980’s, according to research published in the journal Geophysical Research Letters (Climate change is taking a toll on the $20 billion winter sports industry — and swanky ski homes could lose value ). However, as our climate is changing more rapidly than ever before, industry leaders are starting to feel the economic problems climate change is capable of creating. The industry that is currently generating 20 billion dollars annually is at risk of losing two billion dollars a year, according to a study conducted at the University of Colorado (The Dirty Secret of the Ski Industry). This has created urgency from these industry leaders, adding them to the group of local businesses and lifelong skiers who are frantically trying to make a difference themselves.

Many smaller resorts and businesses have been doing their part to save the industry, from using renewable energy to advocating for political action to be taken. However, it is going to take more than just the small businesses and individuals in order to really make a difference. We need to take more steps to make sure everything that the industry is doing is environmentally conscious, which includes anything form working towards 100% renewable energy usage to improved transportation services. We also need to realize the political power we have and weaponize the whole outdoor community as a political movement. Roughly 34 million Americans identify themselves as part of the outdoor community, whether that be participating in skiing, trail running, or anything in between (Turning Skiers Into Climate Voters with the Advocacy Potential of the NRA). That group totals up to roughly a quarter of the total voters in the 2016 election. With a force as large and powerful as that, the outdoor community is bound to make a push towards legislation and regulations protecting what they love and care about so deeply.

I am wondering how access to skiing as a sport/hobby will be impacted by climate and the choices resorts have to make. It seems like lift tickets and season passes get more and more expensive each year, plus the cost of equipment, makes me think more individuals and families are being priced out of skiing. If this continues, resorts may have a dwindling number of vacationers/season pass holders to fill their resorts and keep the funded. I wonder if there is an intersection between the environment, tourism, and the economics of skiing.

This is a very interesting topic. I agree that we should mobilize skiers and the outdoor community to work for political and environmental change. You might find this article interesting: https://snowbrains.com/the-future-of-the-ski-industry-is-in-jeopardy/ .

I am a skier and I ski often and this post informed me on things that I have never thought about and was very informative overall.