How the Bystander Effect Hurts Us

Home How the Bystander Effect Hurts Us 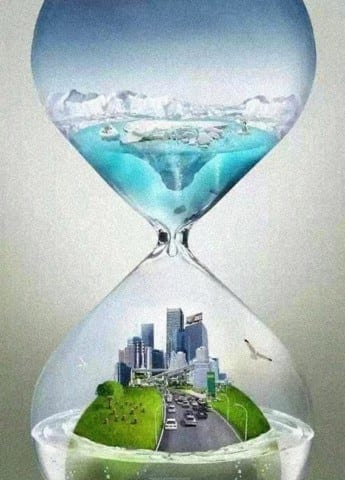 The Bystander effect is when the presence of others discourages another individual from intervening in a potentially serious situation, this can also be extended to what is called “diffusion of responsibility” which is the idea that a witness is more likely to intervene if there are few or no other witnesses, as well as “social influence” which is the idea that individuals in a group tend to look towards the behavior of those around them, to determine how they should respond.

While the bystander effect tends to relate and be associated more with situations such as bullying, crime, or abuse, it is really all around us. For example, in school has there ever been a moment where a teacher asked if you had any questions about a subject, and even though you had a question, you didn’t raise your hand due to the fact that no else did and you didn’t want to stand out, if so, that is a perfect example of social influence. You were looking to others to judge how you would respond to a situation. However, the bystander effect can be in much bigger situations, for example, in worldwide situations such as global warming.

In an article by George Marshall and Mark Lynas titled, Why We Don’t Give a Damn, it discusses one of the largest current concerns, the Environment. The article touches on subjects such as global warming, climatic changes, greenhouse effect, and social psychology as well. The article states some of the worst predictions for what our world could be like if we don’t start taking serious action such as, “the IPCC predicts a global temperature rise of between 1.4° and 5.8° by 2100. At the lower end of this scale, large areas of agriculturally productive land will be destroyed; entire countries will disappear through rapid sea-level rise; and entire regions in the arid subtropics will become uninhabitable.” But no matter how daunting the predictions are, no one seems to be making any real moves to solve these problems, and as stated in the article,”we appear to be experiencing a disastrous form of collective denial”.

The world has reached quite a predicament. Even with all the incredible minds and talented people we have, no solution big enough has come about. instead, many of us are at fault for social influence, we look around and see that most people don’t like global warming and agree that change needs to happen because that’s what everyone else says, but very few people actually take action in their own lives to demonstrate this. That’s a problem because actions tend to speak much louder than words.

Mason,
I really enjoyed your post. I remember studying the bystander effect in psychology but think you explained it in a much more straightforward and meaningful way. I thought it was productive that you started off with explaining what the bystander effect and social influence was, and even better when you gave a day to day example. I think the bystander effect affects us more than we would like to admit sometimes. You may find this article interesting: http://www.inquiriesjournal.com/articles/1493/a-summary-of-the-bystander-effect-historical-development-and-relevance-in-the-digital-age.

Mason,
I really liked how you turned the bystander effect, something usually referred to in situations dealing with crime, into something that effects us all, global warming. It is a topic that I wouldn’t have originally put under the category of bystander effect, but it makes sense. We haven’t don’t much to change our environment and change the way we live, yet we see the consequences of these actions daily. http://sites.psu.edu/aspsy/2016/03/30/the-bystander-effects-big-effect/ this article expands the idea of the bystander effect to our world today, not just specific situations.
Chloe

I think the bystander effect is very prevalent in our society. We think that someone else may step in, so we don’t have to. I hope that people can become more aware of others’ emotions and speak up for what is right.