How soon should kids focus on only one sport?

Home How soon should kids focus on only one sport? 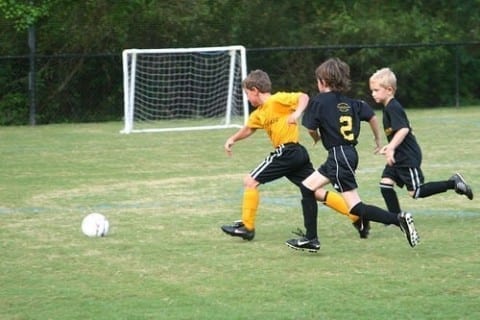 In Lou Schuler’s essay, “How Soon Should Kids Focus On Only One Sport?” in Men’s Health. N.p., 2014. Web. 14 July 2016., the author’s argument is that kids should start at a young age to focus on one sport. <summarize the significance of the text>

When we consider the issue of being successful in sports, some might wonder: How soon should kids focus on only one sport? Lou Schuler’s article addresses this question because he said that in other situations, kids may not want to play more than one sport. If the kid is really passionate about a particular sport, there’s no problem for that kid to play only one sport, even at a young age.

“In other situations, a kid simply may not want to play more than one sport. ‘If an athlete truly finds a pure passion, I have no issues with the athlete playing just that one sport, even at a young age,’ says Lee Taft, CSCS, owner of Sports Speed, Etc., in New Castle, Indiana.”

A third point addressed by Schuler is: “ ‘You rarely see someone who played only baseball all the way through go on to have a successful career in the big leagues,’ he says, noting that you have to be a good athlete before you can be a good baseball player.” This is significant, because it saying that you don’t  have to athletic to become an athlete particularly baseball.

What we can appreciate about this writer’s work is interesting,  We can look forward to seeing what he writes next, because the may reason why I will bring me back to this person is that his paragraph relates to majority of my essay and also he talks about the problem I’m dealing with which having to be promiscuous about other sport.

Dear mamadou
I am interested by your post, How soon should kids focus on only one sport? Because I like soccer too. Also, I like many other sports, but the only one that I am most interested in is soccer. Thank you for shearing your ideas.

I have a little bit of insight on this topic. I am a top ranked lacrosse player in the country and the lacrosse recruiting process is brutal. The topic of playing more than one sport is very prevalent in the process. When I have been on the phone with multiple division one schools one question that is always asked is whether or not you play more than one sport. This is because playing more than one sport develops you greatly overall as an athlete and if your trying to play at a collegiate level then stick with multiple sports as long as you can. Just my thoughts. Nice article by the way.

Dear Mamadou :
I am curious about your post, “How soon should kids focus on only one sport,” because I want to become a soccer player one day and I don’t remember how old was I when I started having a passion for soccer. I’ve had the dream of becoming a pro soccer player some day for while now, I just hope it comes true.
One sentence you wrote that stands out for me is: “ But I came to a decision that i’ll stick to soccer because that’s the sport I most likely play and enjoy more.” I think this is relatable because I also said something similar to my mom. That I’d rather play soccer because I really like to play it and if I ever do become pro, I’ll live a happy life.
Another sentence that stood out to me, was: “ You rarely see someone who played only baseball the way through go on to have a successful career in the big leagues.” This sentence stood out to me because it made me wonder if this could be the same case with me, playing only soccer but not making a career out of it. To be honest, I’ve never really thought hard about what IF I don’t make it. If such thing happens, I still wouldn’t see all that time I spent trying to become pro, as wasted because soccer is a sport I love, and anytime I spent on it will be cherished.
Your post reminds me of something that happened to me. One time I told my mom that I wanted to become a pro soccer player, but my mom said that’ll be a long shot. She told me to try and focus on multiple careers just in case one doesn’t work. I was stubborn, so I just wanted to pursue soccer.
Thanks for your writing, I look forward to seeing what you write next because I like the way you describe things. Your descriptive details can really help someone that doesn’t know anything about what you’re talking about, understand it completely, in my opinion.

I do Martial arts…I consider that a sport…If It isn’t a sport, just let me know.

That’s cool I play soccer myself but I’ve never been interested in any other types of sports before.