How Social Media Affects the Way We Speak

Home How Social Media Affects the Way We Speak 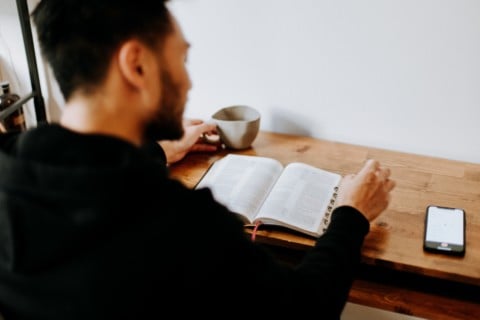 There is no doubt that social media and the internet has changed the way we communicate and speak in our daily lives today. All one has to do to recognize this is watch an old movie or television show and the difference becomes very obvious. Social media has made the way we speak much more casual. The quote, “With the freedom to use the English language however we choose to on social media, trends are bound to appear,” (Foster) shows how speaking trends on social media will eventually begin to appear in the way one speaks. Some examples of this happening include changing the meanings of words, such as troll. Instead of troll meaning a strange fantasy creature, on social media its definition has now been changed to, “Troll, which is a term used to describe an internet user who seeks attention by making outrageous or unreasonable comments about something or someone” (Foster). Also new vocabulary trends on the internet have introduced new words that are integrated into our daily vocabulary, such as “selfie,” “fleek,” “YOLO,” and “emoji.” 50 years ago most of these words wouldn’t have made any sense in daily conversation. Also, with these new, casual words that are used more often than not nowadays, one must be more careful than before in settings such as an interview to avoid that kind of language. Another way social media has changed the way we speak is that it has made us speak less in certain social situations. For example, the quote, “These days, those with social timidity will bury their noses in their mobile devices,” (Sherman) shows how nowadays society is given the option to hide from the crowd instead of being forced to make conversation. With the option of just going on one’s phone and just scrolling through social media, there is more of an option to be socially distant in public settings which can result in social anxiety. Overall, the integration of social media into our daily lives, affecting the way we speak, has both pros and cons, but this is what society has progressed to so learning the new social language is inevitable.

Dear Mary,
I am intrigued by your post because it demonstrates the way social media has impacted the way we speak. You also describe the way social media has impacted us mentally and emotionally, especially due to the fact that we have the opportunity to hide behind our screens if we are nervous to be in a public settings, which can increase social anxiety. One thing you said that really stood out for me is “the integration of social media into our daily lives, affecting the way we speak, has both pros and cons, but this is what society has progressed to so learning the new social language is inevitable. “ I think this sentence is very interesting because it demonstrates how people have no choice but to learn the new social language because it is integrated into our daily lives. Your post reminds me and keeps me aware of how much I use internet slang in my daily life without even realizing it, yet do so because it is so ingrained in our society. Your post opened my eyes to how much this new social language truly impacts the way I speak. Thank you for your project, I look forward to seeing what you write next because your ideas offer a fresh perspective to many people regarding the way social media affects the way we speak, and it raises people’s awareness as to how they vocalize their ideas in their daily lives.

Dear Mary,
I am interested in your post because it discusses the important topic of the effects of social media on our everyday lives. I think that many people do not realize how largely affected we all are by social media. I like how you mention that “speaking trends on social media will eventually begin to appear in the way one speaks.” I think this is interesting because it draws attention to how easily our way of speaking can be influenced by technology. The speaking trends on social media quickly spread and change, so all social media users are constantly being affected by it. I also like how you pointed out that social media can provide an outlet to be less social, affecting the way we communicate. Thanks for your post, and I look forward to seeing what you write next.

Mary,
I like how you emphasized the point of social media’s effect on people in their means of communication. We often overlook the changes in our vocabulary in correspondence with current trends on the internet, most notably those on social media. The changes are important to note becuase they cause a divide among generations and can lead to misconception within our communication with others. The point you brought up about interviews is very intriguing. It is very critical for adolescents to understand that the way you speak influences the way others view you as a person. Language is a powerful tool created for human interaction and matters as much as the actions we exhibit.

Mary,
I agree with your point that people often neglect the effects that social media and technology can have on our communication skills. You used strong evidence to support your argument and examples to help the reader understand. I also like that you identified a specific example of how technology has changed our vocabulary. The example of social anxiety and a lack of confidence in certain situations gives the reader insight into the consequences that technology and social media can have.