How Social Media Affects our Language 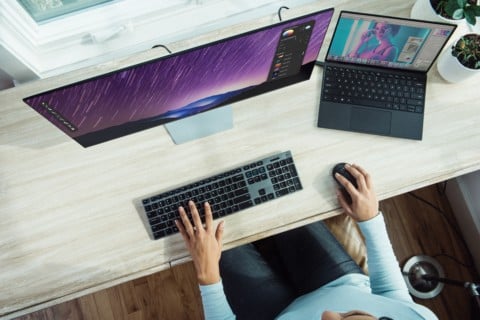 When you ask a teenager what they spend most of their time on, most likely they’ll tell you social media. Social media has many benefits, such as being able to communicate with others around the world immediately with the click of a button. However, individuals would rather send a quick text message filled with slang words, instead of picking up a phone and having a meaningful conversation with them.

Every week there seems to be a new trend circulating around the media, which ultimately changes the syntax of a certain word and makes them adapted by modern society (Schroeder). When individuals talk with others in person they tend to use the different phrases they viewed on social media, which affects their writing skills and the ways they talk.

In order to voice our ideas and share our experiences, we use the power of language to present them. If someone is scrolling through their feed they may read a story someone typed up, but feel a whole different way after reading, since they translated it into their own language (Ghosh).

Our formal writing has been affected by slang words because it’s made the sentences we write shorter and shorter, as a result of the way we write on social media sites. When we go to post a story or comment we often have a word limit, which is where the use of slang words gets used more frequently. When we spend all day online for hours at a time, it gets more challenging to talk to people in general (Lytle).

Overall, social media is affecting our language and writing skills more frequently nowadays, which is having a big impact on our writing skills.

Hello there Lydia, I agree with how social media is affecting our youth´s communication. For being one of the kids that use social media most of the time, I don´t really like saying these slangs and such because I don´t like how they sound through my mouth. But I guess I’m okay with it as long as they can say arguments and opinions without the uses of these words.

I agree that social media has had a significant impact on language and communication. As you mentioned, some social media trends have caused rapid changes that have resulted in completely new interpretations of certain words and phrases, and instant communication has been a major benefit. The widespread use of slang among our generation as a result of social media has enabled thoughts and ideas to be conveyed in a quicker manner, but has also resulted in more confusion and misinterpretation, since slang is shorter and includes less details. I have also noticed a growing generational gap in terms of communication, most notably with texting vs. calling. Overall, this was an interesting and individually and socially relevant piece.

Dear Lydia,
I agree with your post about how social media has affected the way we speak and communicate with others. I personally have often used the slang from social media when talking with friends and overall in general. I also have messaged using shorter versions of the actual words. “When individuals talk with others in person they tend to use the different phrases they viewed on social media, which affects their writing skills and the ways they talk. ” This quote shows great importance to me as I can relate to its meaning. I have heard many people around me also have this issue. I enjoyed your post and agreed with your thoughts.

Lydia, I liked how you presented the idea that a new trend is circulating through the media every week. Sometimes it can seem that if we are not on our phones everyday we miss so much information, and language does have a big impact on that. A new slang term only needs a day or two in order for it to catch on, and it could completely change the meaning of a word. I think this is slowly changing how we will speak maybe ten or fifteen years from now.

I really enjoyed reading your article because I completely agree that in today’s day and age we tend to use simplified language and this can greatly affect our writing as well as people skills. I have noticed that many people of our generation would much rather text over their phones using slang, and I believe that this can also affect our social skills. Using slang can sometimes exclude people from a conversation who might not understand what a certain “simplified word” might mean. A lot of times too, people won’t want to ask what a certain piece of slang might mean because it might be embarrassing. In the end, I appreciate your contradictory opinion on today’s use of slang.

I am interested by your post because, as an active social media user, I feel as though it is important to recognize the different language used on these platforms especially involving slang. This ineffective type of communication can lead to misinterpretation of messages, often resulting in confusion or anger.

One thing you said that stood out to me was that “individuals would rather send a quick text message filled with slang words, instead of picking up a phone and having a meaningful conversation with them.” I think this is sad because social media and electronic messaging prevents us from practicing the value of language through our actual words. Adolescents are easily able to express themselves online, but fail to have these meaningful interactions and expressions in person.

Your post reminds me of something that happens to me almost daily. When communicating with my family and friends, my messages are often misinterpreted, and these people think I am upset or angry when I am not. This frustrates me because my messages were in no way meant to convey these emotions. These emotions, however, are easily interpreted in face-to-face conversations or phone calls, proving the error in electronic messaging.

Thank you for your project, and I look forward to seeing what you write next because I feel as though this is a very relevant topic that should be considered by all people the next time they pick up their phones to send a text message.

Lydia,
I really liked your post because I believe that it is very relevant to today’s society. I especially liked when you said, “When individuals talk with others in person they tend to use the different phrases they viewed on social media, which affects their writing skills and the ways they talk.“ I found this interesting because it is something that people do not usually notice when they are speaking. It becomes a habit because we see these certain phrases on the internet all the time. I find that when I am speaking with people who are older than me, they often point out that I said something that they do not understand because they are not on social media.

Dear Lydia, I was intrigued by your post because I also believe social media has had a great impact on the way our current generation communicates. I agree with the idea that slang has shaped the way we write now to be shorter and less descriptive, which in turn can have effect on our communication with others. I really liked this phrase “individuals would rather send a quick text message filled with slang words, instead of picking up a phone and having a meaningful conversation with them” because it highlights how much our world has changed. I do believe the interactions we have over social media do still have meaning, but the meaning is just shown in a different way that only those who use social media can understand. This reminds me of Snapchat, which uses even shorter slang in writing, if at all. To me, Snapchat seems almost impersonal since it includes no writing at all, just a picture, and it is harder to have a conversation over the app. Nevertheless, it is the way communication happens through social media, which just further shows how language has changed over time and as technology progressed. Thank you for your post. I really enjoyed your insight on social media and the power of language, and I hope to see more of your thoughts and your writing in the future.

I really that you provided the idea that social media can be used to benefit teens with the process of communication, and you presented the idea how it can be harmful. I found it interesting that you said teens are now finding new ways to make texts/communication become shorter and shorter through slang: I realize I do this but did not know I did this while it was happening. Something I think I would add to this blog is that teens aren’t intentionally doing this to make sentences shorter, but rather they do it to fit in with our generations trends.

I like the piece of evidence, “Every week there seems to be a new trend circulating around the media, which ultimately changes the syntax of a certain word and makes them adapted by modern society (Schroeder).” I can relate to this because I’ve noticed when talking to my parents that certain words that our generation uses now do not mean the same thing as they meant when they were younger. I also agree that slang plays a big role in how our generation communicates with each other because we have all gotten used to shortening words and it has become second nature to us. I think that our children’s generation will have a complete different style of language than we do today.

Missions on Youth Voices
wpDiscuz
10
0
Would love your thoughts, please comment.x
()
x
| Reply
Log in with Facebook
or