How Sensationalized and Biased Media Distorts Public Perception of History 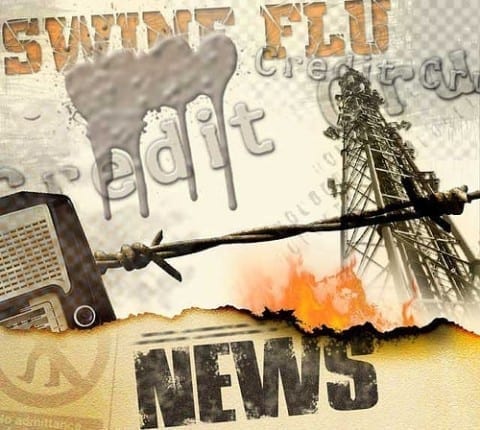 Winston’s job in 1984 is to effectively rewrite history in a fashion that supports the party and Big Brother. By creating media and editing past texts to make sure that the party is viewed as infallible, Winston can distort the public perception of what actually happened years past. There is no room for mistakes or questioning because everything is constantly being changed at a very rapid rate. One of the main themes in 1984 was the prediction of a loss of truth because of a totalitarian government hiding the truth from the masses. Although these events aren’t happening on such a grand scale right now, I think sensationalized and biased media is a huge issue.

In my opinion, the media is the chief arbiter for the advancement of history. News teams and cameramen are the first people on the scenes of all major events, so this means that they have the authority to be the voice for the public. Another thing the media can do is create sensationalized headlines that make it difficult to ascertain what actually happened. One good example of this was the recent firing of tear gas on migrants on the U.S. border. Even though the same things have been happening regarding border control since Obama was president, the media seems to just now take an interest because Trump is president.

The media has the power to distract the people from serious issues. An article about 4chan, QAnon, and Proud Boys is probably something that the majority of people have no interest or connection to, but mainstream media did a story covering the vast internet conspiracies that have no real clout. This is sensationalized media, media with no real value besides entertainment and shock value for the readers. If you didn’t know anything about these three websites before, chances are you wouldn’t have a desire to know anything about them now; one has a newly vested interest in an otherwise completely irrelevant story.

Media sources generally have a political or otherwise social, fiscal, or ulterior agenda. This leads to a lot of false information being spread and when this happens, the public loses a lot of trust or only looks at the news sources that appeal to them. I think the main issue within media coverage is that people really only get a small chunk of information that is really available to them. Because media giants have so many competing economic and social agendas, the true story is misconstrued. The article I thought summarized this phenomenon really well was about how the media exaggerates negative events. This distortion by the media has consequences, especially an uptick in total viewer count and a larger divide between people. The conservative might say, “This terrorist attack somewhere in the Middle East sounds just awful. We, as a strong and proud nation, must help those across the world to stand up for liberty and freedom.” While this is a fairly rational conclusion, the liberal might also have a rational conclusion: “These terrorist attacks abroad are just awful. We have a responsibility as a wealthy and powerful nation to help those immigrants; we should open our borders and let more immigrants in.” Both the liberal and the conservative have valid points, but the media creates such sensationalized and gory stories that both people hold to their tenets stronger as a result.

The best solution for the problem of media distortion would probably be an educated public. If a media literacy class was included in the regular high school curriculum, a majority of people would have ways to find accurate and unbiased news sources in order that they might know the truth and not continue widening the political and social divide. This divide is what totalitarian leaders thrive on. Once the public has been instilled with fear, it is far easier to swoop in and change entire governments based on the promise of safety and a better tomorrow. It is essential that people know how to find a variety of sources for their news so they aren’t constantly inundated with one-sided, biased, sensationalized, or downright false information.

If there were critics to this proposed solution, I would probably tell them to look at the pros and cons. There are certain disadvantages to having a media literacy class, mainly teachers pushing their own agendas on students, and deciding whether or not the class would be mandatory or an elective type class. Teachers are supposed to be arbiters of information and truth, so it is sad that there would be doubts there, but selfishness and control in the classroom is a legitimate concern. The danger of having the class as an elective rather than a required class is that the majority of the population isn’t well-educated on trustworthy media. The main pro of this solution, however, is that ideas spread quickly. Once a terminal population of students who are versed in media literacy start sharing their thoughts and ideas, the ideas just keep spreading until many people know more than they did before about the media and how it can serve ulterior motives or be used to scare the public into submission.