How Racism and Segregation has affected the United States.

Home How Racism and Segregation has affected the United States. 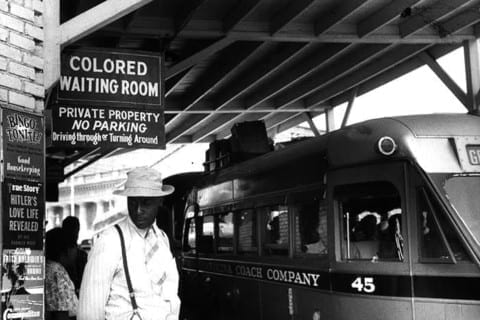 Racism and segregation has changed the way people of different races interact with one another. It has affected the way that people interact and how they view certain situations. Racists ideas have been passed down for many generations and have influenced the way that both white and minority children and adults act. In a article by Times named, Racism Is Poisoning Our Society, it is quoted saying “Racism is more than what is in the heart of an individual person at the moment of a particular act. Racism is the cumulative history of all those thoughts and acts. They add up to a pattern in which people of color are routinely and systematically treated differently than white people.” I believe that racists ideas are learned throughout a person’s life. They are not just born a racist they practice those beliefs that are taught to them. The Time article is also quoted saying, “Unfair racial stereotypes have taken root in the hearts of people. They cause us to react to people differently—in stores, on the streets, in encounters between police and citizens.”

Racists ideas have been passed down for many generations. These ideas were started with slavery, then Jim Crow Laws, and the mistreatment and idea that white people are still the superior race. Slavery began the idea that the white person is superior to those of all other races. It suggested the idea that the African were just objects and not actual human beings. Even with the abolition of slavery it did not end the idea of slavery. As we progressed into a more civilized world the Jim Crow Laws came into existence. Another set of laws put in place to make life harder for the African American people. An article named, Racism and Its Effect on Society, by Liz Treadwell is quoted saying, “Jim Crow sent a message that whites were superior to other races, particularly the black race, in all ways, including behavior, intelligence, morality, and social status.” It degregaded other races. Even in today’s world we have a number of quotes from the President of the United States that are extremely degrading to the minorities within the United States, Donald Trump. He is quoted saying to his black voters “ “You’re living in poverty; your schools are no good; you have no jobs.” This degrades the African American race.

Racism is a very complicated thing and it is not easy to distinguish in certain situations. Many people can be totally unaware to the idea that they are acting in a racist way. The generations of racism has work it’s way into certain people everyday lives whether they know it or not. It is also very complicated because there is so many ways in which a person can perceive a racist act. One action can be racist to a certain person but not to another person. There is also a number of different forms of racism that a person can use. Racism is going to be around for a long time and we need to find a way to quiet these ideas.

Hello Zachary,
I really enjoyed reading your post. I agree that rasiscm and intolerance is learned throughout one’s life. Like Ms. Hamilton said, “Nobody is born a bigot”. If you want to read more on this subject, I found this really interesting book PDF you might want to check out: https://books.google.com/books?hl=en&lr=&id=iVL74heFU-AC&oi=fnd&pg=PP16&dq=racism+and+america&ots=DDB7dJpYaL&sig=FDOlWZ4t-xLewCe0GlvaoIZV-9E#v=onepage&q=racism%20and%20america&f=false
This was a very well written article, and I hope to read more from you in the future.
Mae.