How Private are Our Cell Phones?

Home How Private are Our Cell Phones? 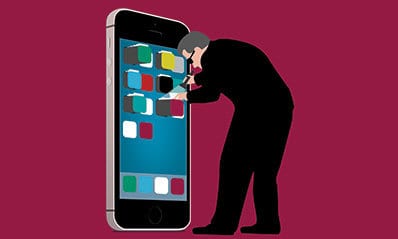 When discussing the balance of security vs privacy in a modern America there is no denying 9/11 was an event that profoundly changed how we all view that very balance. This was a wake up call for all Americans about how we conduct our everyday lives and how we monitor our citizens. When the dust settled after 9/11 there was a lot to figure out. We did not get it all figured out and as technology advances our policies on this stuff will have to as well.

A big debate on this was when the CIA wanted Apple to develop a way into a locked iphone of a terrorist suspect. Apple didn’t want to and eventually it was something the courts and congress had to step in on. Ever since modern governments have existed there has been a tug of war of what the government can do to its citizens in the name of security at the expense of those citizens’ privacy and personal rights. When the Bill of Rights was created its writers could not have accounted for the creation of personal devices like smartphones so our rights our sometimes confusing when it comes to these things. This was made very clear after the terrorist attack in San Bernardino in 2015 the CIA wanted access to the attackers iphone but apple refused. The passcodes on their phones are obviously protected even from them, they would have needed to develop a way to hack into the phone, also creating a way to gain access to any other iphone as well. Apple refused to do this despite the CIA’s best efforts to make them.

In the article I read discussing this events impacts on the ongoing debate of national security vs personal privacy Apple’s decision to refuse to give the CIA access to the phone is made very clear. They sell their phones and all their products with the assumption that they are safe devices. If Apple was to be able to access our devices potentially everyone would be at risk. There would be no way of saying they or the government or anyone else wouldn’t use it in other cases. So for Apple to say the wouldn’t and for the court case and legislation to support this was a victory for the personal privacy camp. Our devices and what is contained inside of them is our personal privacy, the same way one’s safe, house, or mail would have been in the days the constitution was written.

There have been privacy invasions by the government and telephone companies before with everything the Edward Snowden leaked. When we learned that the NSA had been keep track of all of our phone calls, including their contents. This was a big violation of what we had defined as the line between personal privacy and national security. This was a major misstep for the US government and destroyed the confidence and trust many Americans had in the government. Apple clearly took note of this incident and didn’t want another serious privacy issue with our phones within two years of each other. There is clearly a line that most americans don’t want crossed when it comes to our privacy, for the government or anybody to keep track of what we say in our phone calls or even have the ability to access what we keep in our phones is clearly over that line.