How Poverty affects the nation

Home How Poverty affects the nation 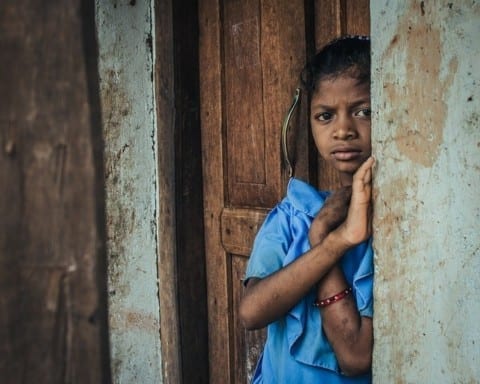 In the book, The Glass Castle talks about a girl who grew up in poverty and grew up to be a successful woman living in New York City. Poverty is something that sweeps the nation today in the United States. “In 2016, 40.6 million people lived in Poverty USA. That means the poverty rate for 2016 was 12.7%. 15.4 million are children living in poverty.” (“The Population of Poverty USA”). Many people of different ages, ethnicity, and religions are living in poverty all around the nation. The biggest part is what you decide to do with it. Does Poverty define you or does Poverty make you stronger?

Poverty is not having enough money to buy the essential things you need. Poverty has led to unhealthy lifestyles as people try to make ends meet. In Mid-Michigan according to the chart on poverty in Michigan, “32.1%” of households are single-parent households. (Poverty In Michigan) That can make it even harder for a parent to provide for their children. “Social science tells us that children raised by single parents are significantly more likely to have children young, to drop out of high school, and to work less as young adults.” (Wilcox) Being a single parent can be tough and even tougher on the kids at times. It is up to each individual how their life will go and what they will let define them.

Jeannette Walls, the main character, in The Glass Castle lived in a trailer park growing up. She moved around from city to city because her father could never hold down a job. They would flee in the middle of the night to a new city. She didn’t want to live in poverty for the rest of her life so she and her siblings knew they needed to make a change in their lives to be able to move away from their parents. They save up money to move to New York City. Jeanette struggles with her mom still living in poverty and her father had passed from a stroke. Her mother won’t let Jeanette help her she thinks she is better off on her own and her lifestyle of digging through trash is better than her daughters. (Walls) Her mother doesn’t connect with her daughter any more think she is wrong for building a career for herself. A mother-daughter relationship can be very strong but hard to rebuild when it is lost.

Poverty is a hard thing for all people to understand no matter your social class to how others might be living. All different types of people are living in poverty some working two or three jobs and some not working any job at all. As a country, we need to make it a place where everyone has a chance to be successful.

I am happy with your post, “How Poverty affects the nation,” because it is very informative. I like it because it relates to my topic. The facts will help me with my blog.

One sentence you wrote that stands out for me is: “Does Poverty define you or does Poverty make you stronger?” I think this is interesting because it makes me think a lot. The question is really deep.

Another sentence that I liked was: “ “Social science tells us that children raised by single parents are significantly more likely to have children young, to drop out of high school, and to work less as young adults.” This stood out for me because I didn’t know this before.

Your post reminds me of something that happened to me. One time I was reading a story about someone going through poverty. They struggled to meet ends meet too. They were forced into an unhealthy lifestyle.

Thanks for your writing. I look forward to seeing what you write next because you are doing a great job. I like it and it will help me with my class.

please check out my blog: https://peopleoverpoverty.home.blog/2019/04/16/more-memes/

This is a very important issue in our country. I think that The Glass Castle does a good job of showing how children raised in poverty often don’t consider realize they are doing so, as they think that it is the norm.

I really enjoyed your article it talks about many valuable things we as a society have to look at before taking action on poverty. First defining it and understanding its condition. I also liked your Glass Castle reference I also read the same book a few years ago, and the things that Jeannette went through definitely made her a better and stronger person than she would’ve been in different circumstances. I also believe like you said single parents are more likely to have their kids drop out of school and its important to look at how poverty can affect education. Here is a link that may interest you: https://www.childfund.org/Content/NewsDetail/2147489206/.

Emilee, I loved your piece on the effects of poverty in our nation. The way that you used the relation of a book you read to current national events makes the topic easier to understand. My favorite part was your last paragraph, when you said “Poverty is a hard thing for all people to understand no matter your social class to how others might be living.” because it really shows the variance of poverty. I also think that it was good that you added your sources, you could maybe look at this website if you needed more information, https://www.thenation.com/article/democrats-congress-house-anti-poverty-agenda-economic-justice/. Overall I loved your writing, thank you for sharing your views.