How Our Pets Perceive Us (Initial Research)

Home How Our Pets Perceive Us (Initial Research) 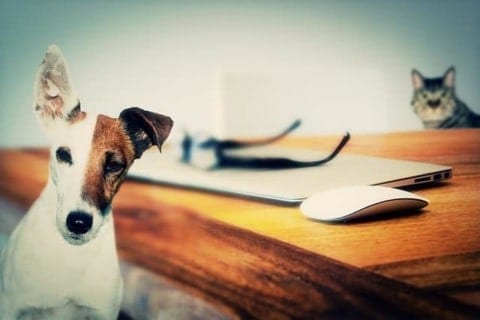 How do dogs perceive their owners?

I have always found animals fascinating, especially dogs. There are some questions that I really want to answer about my dog, Obi. Does Obi really love me? Do dogs perceive themselves as humans? Does he really have a natural human sense of affection or was this affection taught through positive reinforcement? I hope, through this research, that I will prove that dogs love their owners..
I have an extremely close relationship with my dog and I am absolutely convinced that my dog loves me. However, at times I notice he gives me lots of attention when he is hungry or needs to go to the bathroom. Once I feed him, he generally ignores me until he needs something to eat. This sense of unrequited love caused me to want to do an analysis on my dog. Does he really love me or am I just projected my human emotions onto him?

A psychologist, named Ivan Pavlov, set out to discover whether he could turn on normally unconditioned and conditioned reflexes in the nervous system. He noticed that the dogs would salivate whenever they would feed them. He rung a bell and right afterwards he would feed the dog. Finally, the dog would salivate whenever he would hear the bell. The stimulus was connected with physiological behavior of eating. Does this same thing happen with what we considered to be affection?Pavlov

Researchers also wanted to study the affect of high-pitch “baby talk” on animals. Researchers found out puppies reacted to “dog directed speech”, similar to how babies respond to “baby talk”. Women who said phrases such as “Hello cutie, who’s a good boy, etc.” received a greater reaction from puppies rather than adult dogs.. “I think that we are directing a human behavior at dogs,” he told Gizmodo. “Our study suggests that we use this kind of speech pattern to engage interaction with a non-speaking listener.” This is similar to how human babies respond to “baby talk”. How our dogs perceive us

Dogs have a greater memory than researcher previously assumed. Dogs do not only remember command and names, but also remember people and places. Claudia Fugazza and her colleagues at the Family Dog Project at Eotvos Lorand University in Budapest research if dogs have a more complex memory.
Dogs have episodic-like memory. (However, it is difficult to track memory in nonverbal.)
expect to be asked to. After the one-hour wait, about 35 percent imitated the action.
The authors say the results provide the first demonstration of non-humans remembering complex events.How our dogs percieve

This research both confirmed and contradicted my research, but I hope to do more research to find more articles that support my thesis.

Jessica, I love your article about dogs so much! I already love dogs so the fact that you wrote about that makes me double love your article! I too find it interesting to ponder about what dogs think about humans and if they really love you. I find the episodic memory particularly interesting as well. I wonder what would happen if we didnt use “baby talk” on our dogs? Maybe they would think we still loved them, but in a different way. All of my and your questions are so hard to answer with current technology, but I hope that they can be answered soon! Again, I loved your article, thank you for posting it!!