How Our Dogs Perceive: Pioneer Database 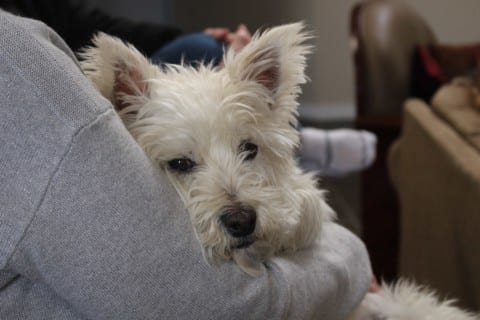 I am writing this research paper in order to discover how my dog truly perceives me. I perceive him as if he is a smaller and slightly hairier person, but I think the way he perceives the world is far different than the way I do. Ultimately, I believe that dogs perceive their owners with affection as if they are part of the pack.  Many articles I found supported this belief.

Dognition is a company launched that helps owners to collect data on their dogs on web based experiments that the owners could try at home. Brian Hare of Duke University collects this data and uses it to amass a database of various traits in dogs. This data can help us better understand our dogs. Some tests were to see if dogs would yawn if owners yawned. In others, the owners tested if dogs could understand pointing as a mean of communication. This is creating the largest mass of data of dogs that has ever existed. This is a game changer in the field of dog psychology, because they can easily amass large amounts of data. Many researchers now believe that dogs, through selective breeding, have obtained cognitive skills to understand what humans are thinking. Many experiments have been conducted to support this theory.  Brian Hare, the author of The Genius of Dogs, showed that dogs used inferential reasoning, making an inference based on data, when communicating with humans. They are the only other species other than humans recognized use inferential reasoning when communicating with other species. They use inferential reasoning by observing hand motions and tones and drawing conclusions based on the gestures. For example, Hungarian researchers conducting an experiment in which people said “Hi Dog” in a low and high tone. When told to perform a task of fetching a ball, the dogs was far more likely to retrieve the ball to the person speaking in a voice compared to a low voice.

Another experiment, conducted by Juliane Kaminski of the University of Portsmouth, suggested that dogs have a sense of theory of mind, the ability to understand other’s beliefs, desires, and points of views. I have personally noticed that my dog is relatively cunning. He cries for dinner even when he was already fed. Juliane Kaminski put dogs in either a dark or light room with their owners and the dogs were told not to eat the treat. The dogs were four times as likely to eat the treat in the dark than in the light, demonstrating that the dog knew that humans cannot see him in the dark and was therefore less likely to be caught. Domesticated dogs, who live with humans, are much more attuned to human thoughts. A study done by Oregon State did an experiment in which pet dogs, shelter dogs, and wolves raised by humans begged from a human with treats. One person was looking at them, one was looking away from them, and one was reading a book. Shelter Dogs and wolves begged equally from each person. However, the domesticated dogs were far less likely to beg when the person was busy, implying that dogs are taking in our perspective. However, the debate in the field of dog psychology is if dogs are actually understanding the human perspective or if they are just good at picking up cues.

Many owner report their dogs crying, barking, or breaking things when they are left alone. Many owners believe this is behavior is spiteful; that a dog is taking revenge on the owner who left him alone. However, in reality, this response is more like an infant’s response to when their security, their parents, leave them. Dogs are bred to be hopelessly attached to humans. In a study done by Eric Feuerbacher of the University of Florida, dogs were allowed to choose between the woofer and a bowl of food. In thirty trials, only one dog chose to get food rather than greet their owners. Does your dog know what you are thinking?

Many Scientists in the past believed that jealousy was unique to humans. This was supported by the fact because they believed that only humans (and some primates) have “theory of mind”. However, recent research shows that dogs show elevated signs of aggression when their owners display affection such as hugging or petting towards other animals or humans. Jealousy is believed to be a complex emotion, so this displays that dogs have higher intelligence than previously believed. Jealousy is caused when a third party threatens an incredibly close relationship. (Social Triangle. This shows that dogs perceive relationships with humans as incredibly close as well. It evolved to secure resources, not only in a romantic relationship, but also in a platonic one. Jealousy in Dogs

By looking at a dog’s brain on a MRI, scientists can begin to see how dogs perceive us. Each type of emotional sound, laughter, yelling, or crying, lights up a different part in a dog’s brain. Attila Andics of MTA-ELTE Comparative Ethology Research Group  and her colleges had 12 dogs lay on the MRI. The dogs were played sounds of people yelling, screaming,  and laughing. They also played dogs the sound of barking, yipping, and yelping. When dogs herd dog voices, the primary auditory cortex, which helps to detect sound. This same area lights up more for happy sounds like yelling or laughing than sad sounds like crying or yelping. This shows that there is a uniform emotional response to happy or sad among species. Dog’s Brain respond to Human Emotion

It is interesting how domesticated dogs are more connected to humans and understand what humans are doing or what they want from them. This topic was interesting because it helps me understand a dogs behavior.

Dear Jessica,
I am very intrigued by your article called “How Our Dogs Perceive: Pioneer Database,”
because my aunt studies this topic and teaches about it in Barnard collage. you should look up Alexandra Horrowitz she has written books on the topic.

This is an awesome topic. I always wonder if my dog can actually understand me or if he just reacts to the tone of my voice. Good job:)

Jessica,
This must be a very interesting topic to research. I think the fact that someone conducted the study about the dogs in the dark is quite funny. I know that my dog definitely would have been one to eat the treat in the dark. Good luck with your research!

Hi Jessica, I enjoyed reading about your topic. I have always felt that dogs are somehow connected to us humans. I am interested to know if this applies with other house pets, like cats.