How NFL Players Express Themselves Politically 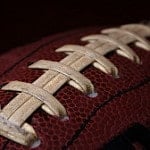 Thomas, I also feel strongly about the racial issues that the NFL players are protesting. However I think it would surprise you that most people actually don’t feel the same way about whether or not taking a knee during the anthem is appropriate. A recent poll showed that, “According to the Reuters/Ipsos poll, 58% of Americans believe that players should be required by the NFL to stand for the anthem, to 33% opposing”. I think you should consider this if you plan on doing more research on the topic. I really love how you explain the “right way” to protest and I agree with you. I also think its very disrespectful to the veterans and military who literally die for our country. Thank you for speaking out when this whole #takeaknee issue has become a fad among celebrities and social media

Dear Thomas
I am very interested with your post How NFL Players Express Themselves Politically because, this issue was everywhere last year and still is apparent this year. And as a football fan I had to watch it every week even when the season was over. One sentence that stood out to me was, “before the National Anthem all the players locked arms to symbolize unity and equality, then they stood up during the National Anthem. I think that is a great way to protest whatever you believe in. I think that the wrong way to express yourself is to take a knee during the National Anthem. The National Anthem represents the men and women that fight and have fought for our freedom every day.” I think this is very interesting because, people can still protest but at the same time honor the troops and prevent controversy through the National Anthem. Your post reminds me of when I went to a harlem globetrotters game and I didn’t know what to do for the national anthem so I stood there with my hands to my side. At the time I didn’t know what to do but, a lady thought I was disrespecting the anthem so she lectured me and grabbed my hand and put it to my heart. Anyways, Thanks for your writing. I look forward to seeing what you write next because I feel like I can relate to it through the experiences I’ve been through.

I really like your perception of this issue, Thomas, and I agree that it is somewhat disrespectful to be kneeling during the National Anthem because of what it represents to the people of America, especially veterans. However, I believe in looking at the intended result of an action, not the action itself. Kneeling during the National Anthem is not meant to be an insult to the Veterans or anyone in history who has fought to keep our country safe. They intend it to be a comment on the problems that plague our country today, including “systemic oppression against people of color, police brutality, and the criminal justice system” (https://www.sbnation.com/2017/9/28/16376500/nfl-protests-2017-kneeling-national-anthem-why). I highly recommend you give this article a read, because it gives great insight on the reasons players are kneeling. That said, I enjoyed reading your post and do agree with you in that the way the players are lashing out is not the proper way. I will look forward to more of your writing in the future.

Hey Thomas,
Thank you for sharing your insights with us, and I would like to say that I agree with you that taking a knee during the National Anthem is in no way right. Going beyond the origins of this “protest” from Colin Kaepernick, most of this anger and tension is derived from the police shooting involving Michael Brown. The problem is, Kaepernick was protesting police brutality, yet he wasn’t aware that Mike Brown attacked a police officer after he committed an armed robbery of a store and the police officer shot him in self defense. There was no “hands up don’t shoot,” as many people falsely believe, and for this reason, the reason that all of this disrespect for our country and our National Anthem is completely unjustified. I wish that all of these players would express their voice through the media rather than bringing all of this political drama into the NFL – which a lot of Americans love to watch as an escape from politics. Sean Hannity (an anchor for Fox News) has offered to have anyone on his show that wants to express their anger with the direction of our country, but yet these players continue to disrespect our flag and all those who have fought for it, and if this protesting continues, one could only assume that NFL ratings would drop suddenly, because 75% of Americans believe that you should stand during our National Anthem and pay respect to our wonderful country.

Thomas, I agree with you on your stance with the NFL protesting. These multi-million dollar athletes are protesting the wrong way against the country that gave them that opportunity. What they don’t understand is that football is not a necessity and lots of viewers will stop watching a ratings will plummet.

I think you bring up a great point about football players protesting. I agree with you that it is extremely disrespectful for players to take a knee during the national anthem. However, I also think that football players
feel taking a knee during the national anthem is the only way their argument can be heard. I don’t think their is simple solution to this problem.
Will

Thomas,
Great point about how their is a wrong way to protest and I right way to protest. I agree that the players should be protesting the comments made by the president of the United States, not those who risk their lives to keep us safe. There is one problem that could arise when thinking this way. Where do you draw the line? At what point does it switch from being a good way to protest an idea or action that you are opposed to and become too much or a wrong way to protest? And at what point did the NFL players cross that line? Is it alright to cross the line if your point is not getting across and you need to do something more?

Thomas,
I agree with what you are saying about the NFL issue that is happening right now. I liked how you said that there is a right way to do it and a wrong way. I think another wrong way was when the Pittsburgh Steelers didn’t even come out for the National Anthem, they just stayed in their locker rooms. I think that is just a bad way to show it because we get the right to protest because of the people that are fighting for our country and I think that doing that is just such a disrespect to all of the people that fight for the rights we have today. I also liked how you said the locking of arms is a good way to protest because they still stood for the National Anthem. I think that locking arms is a good way to protest because I feel like locking arms can like represent a lot of things and that’s what they were doing. If the NFL was to ban players from not standing, how do you think America would react to that?

I may not agree with the protest by the NFL, but to be fair, their idea of protest is much more better and a lot more peaceful compared to the messed up groups called Antifa and the B.L.M. And let’s not forget the retarded white supremacists who are just goddamn racist.

I Agree. I think its very disrespectful and there are better ways to express your opinions. But why did Colin Kaepernick start kneeling in the first place? Why are others participating now too?

I understand what you’re saying but the whole point of them kneeling actually has nothing to do with protesting the veterans, it is to bring about talk and change among equality between the races and police brutality towards African-Americans. So their entire goal of kneeling is to get us to talk about it like we are right now and bring change among all of these areas in our country.

I agree completely with your post. I think it is very disrespectful to veterans when the players kneel during the national anthem. I know they might not feel like they have rights or equality because of racial issues , but there are other ways they could express how they feel, without disrespecting the people that fight for out country and risk their lives.

Preach!!!! You are the next MLK we need more people like you! I’m your biggest fan!