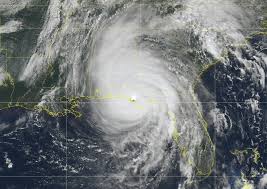 In the article “Haiti Faces Series of Natural Disasters” I learned that Haiti faced the problem of political instability and widespread gang violence. But they faced an even bigger challenge. Those challenges consist of natural disasters. Haiti, the poorest nation in the Western Hemisphere, was hit by the deadliest earthquake in more than a decade. After that many were hit by a severe tropical storm that caused even more destruction and slowed humanitarian relief efforts. This left many people without homes, injuries, or even death.

I think what happened in Haiti was a huge crisis. It must have felt very awful and devastating to experience these natural disasters. It’s hard to imagine what all these people went through during and after the earthquake and the tropical storm. The picture that the article had of a building that was destroyed makes me feel devastated. Knowing that Haiti is the poorest nation in the western hemisphere it probably might take them a really long time to rebuild and restore everything.

What do you think people felt during and after this situation?