How long can you survive?

Home How long can you survive? 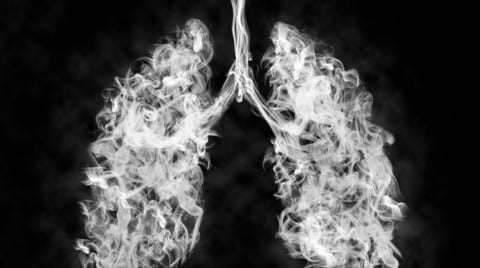 There has been a nationwide outbreak of severe respiratory illnesses associated with vaping. More and more stories are coming out about people dying or having severe health issues from vaping related circumstances. The addiction teens are experiencing is something that seems normal to them. Scientists and doctors are trying to prove these misconceptions of teens wrong by conducting research of the health risks vaping causes. They are using their research to send a message to teens that vaping is falsely advertised by saying “it is not less addictive than cigarettes,” when it really is.

With the research scientists and doctors have conducted, they have found several cases of pulmonary disease and deaths that are being related to vaping. Federal officials agree with these scientists by saying, “People who use vaping devices are being exposed to a certain chemical that is causing these health issues.” Nicotine doesn’t just cause lung problems, but it can also be an interference to the growth of the brain, for example the memory and attention processing. Doctors are encouraging parents to talk to their children about the effects of vaping and the highly addictive nature of it.

Not only is one of the major issues of vaping the health risks it entails, but also the greater chance of addiction it causes. Teens are vaping because they believe it to be a better, less addictive solution than real cigarettes. But they are wrong. Nicotine is addictive and causes dangers to the brain before it is fully developed. Studies have shown that teens who start out vaping are more likely to start the use of cigarettes further on in their life which causes even more health risks. Teens need to become more aware and more educated about the health risks that vaping entails in order for them to stop it completely.

Hi Abigayle,
I really enjoyed your article because vaping is such a highly controversial topic and you did a very good job expressing how dangerous it is. I agree with your argument that teens need to be more educated in this topic and hopefully it would shine light on the risks and consequences of vaping. I found this article that helps further develop your point! https://e-cigarettes.surgeongeneral.gov/documents/SGR_E-Cig_Health_Care_Provider_Card_508.pdf

Hello! Thank you for bring this to light. This article was absolutely captivating, definitely something I hadn’t thought about enough, and you summed everything up perfectly. Thank you for your hard work. I found this article that helps support your claims of teen deaths due to vaping. https://pinellas.legalexaminer.com/legal/vaping-is-big-vaping-is-dangerous-and-vaping-kills/