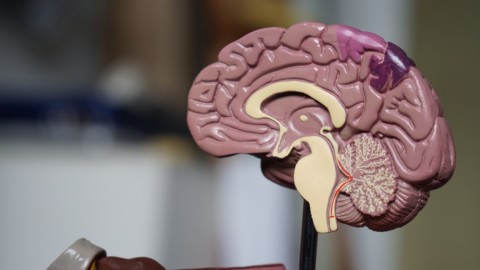 Some evidence has revealed that language can affect perception and thought. The “linguistic relativity hypothesis” from the 1930s states that language shapes ideas and greatly affects how people perceive the world. By the 1960s, many scholars rejected this idea because of a lack of scientific evidence, but many researchers still believe that language influences the way people think. At this point, researchers are not certain of the extent of its influence, but they have found evidence that supports the notion that language has some sort of effect on thought and perception.

“Languages do not limit our ability to perceive the world or to think about the world, but they focus our perception, attention, and thought on specific aspects of the world” (Benítez-Burraco). Language shifts people’s focus and reflects what is important to the people who speak it. Interestingly, people who speak some Australian languages orient themselves in space better than English speakers, and they often know north from south, even in darkness and in buildings, because their languages use absolute spatial deictics. They do not say “that car.” Instead, they say “that car to the south.” Their language allows them to become familiar with the cardinal points. Each language focuses its speakers’ concentration on certain aspects of the world, revealing what different cultures value.

Color perception has provided a way to test the claim that language affects the way people think and see the world. For example, English speakers use the one basic term “blue,” but Greek speakers use the word “ghalazio” to describe a lighter blue and the word “ble” to describe a darker blue. Researchers found that, because Greek speakers have two different basic terms for shades of blue, they view light blue and dark blue as more unlike each other than English speakers. This leads researchers to believe that a difference in language has a slight influence on color perception. They also found that it is easier for people to distinguish between two color tones that have two separate names; for example, blue and green. Cognitive scientists are using new technologies to test linguistic relativity by directly tracking blood flow and electrical activity in response to sensory input. Researchers are also studying young infants in order to understand the brain’s ability to process sensory information before learning words. “Taken together, these experiments point in a surprising direction: Language does, indeed, influence our ability to perceive the world around us” (Madhusoodanan). Researchers in Japan used a method that tested babies’ neural responses to different colors and shades. They found that the babies had an increase in blood flow to certain parts of the brain when they were shown a color switch between blue and green, revealing that they perceived the two colors differently. When the babies were shown two shades of green, there was no change in blood flow. After more research, it was discovered that babies prefer looking at colors they perceive to be new or different. Babies were able to lump colors together into five groups before they could talk, but several studies have shown that language appears to influence adults’ perceptions of color. A researcher explains that “languages teach us to distinguish more tints” (Madhusoodanan). Language adds different perceptions of color onto a basic biological understanding.

Researchers are continuing to find evidence that supports the idea that language affects thought and perception. “A growing body of evidence suggests that a person’s mother tongue shapes the way they think about many aspects of the world, including space and time” (Moxley). Language is extremely powerful because it influences each person’s view of the world, and this allows diversity in thought as different people approach world issues differently.

Benítez-Burraco, Antonio. “How the Language We Speak Affects the Way We Think.” Psychology Today, 2 Feb. 2017, www.psychologytoday.com/us/blog/the-biolinguistic-turn/201702/how-the-language-we-speak-affects-the-way-we-think.

Speaking from experience– you are right, Kaylee! I do think of “ghalazio” and “ble” as two totally different things. In fact, when I was in Greek school, and I’d refer to the stripes on the Greek flag as “ble,” I’d get scolded! What I perceived as just a difference in semantics, my Greek school teacher perceived as a lack of respect/patriotism/decorum/attention to detail.

Really cool topic for your blog!