How is the U.S. being affected by fake news?

Home How is the U.S. being affected by fake news? 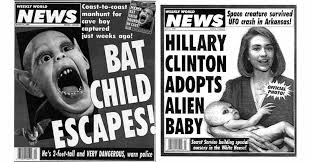 Fake news has lead to some of the greatest disputes of this era. Websites, tv shows, Twitter, news apps, Instagram accounts, you name it- have all lead to the spread of false information. Fake news manipulates information with the intent to mislead the public and damage an agency, entity, or person’s reputation. In exchange for this false information, the people creating the fake news, gain money, likes, popularity, and fame…meanwhile someone else’s career is being destroyed. In today’s society it is often hard to separate fake news from real news. Fake news contributes to many conflicts within the United States. It can affect peace in our government system because when fake news is spread regarding the people active in our government, it leads to controversies between the people of the United Staes, and between other countries. It affects many United States companies such as the NFL, NBA, and even worldwide events such as the Olympics. With the rise of technology, and the continuation of social media, it is hard to know whether or not fake news will ever come to an end.

Jenessa,
Your post provides great insight on the view of fake news, and how it could surge into the future concerning social media and the advancement of technology. I believe that the notion of fake news has been exemplified and popularized by the Trump administration. I think that there will always be a sense of fake news roaming around politics and government because of the way information can be so readily available today. I agree with your point about how the manipulation of the media can ruin many agencies to provide a better, or try to provide a better, image for the interest of another party, company, etc. Social media is more or less like a gift and a curse. It would probably be in the best interest for everyone to keep a sharp eye on the way America is heading with the election process, and how social media is becoming a critical element which is integrated into this process as well. Thank you for the post, Jenessa, I look forward to your next one!