How is the internet changing our brains?

Home How is the internet changing our brains? 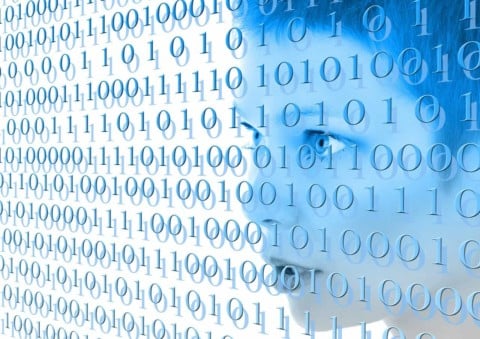 The internet is changing our brains. It’s a system of distraction. We get the rewards of having unlimited information at our fingertips, at the cost of being kept in a state of perpetual distraction and constant disruption. A study performed by Columbia University showed that college students remembered less information when they knew they could easily access it later on a computer. With nearly half of Americans now able to access Google on their smartphones, researchers concluded that the effect is the same. We’re relying on Google to store knowledge long-term, instead of our own brains. Why does it matter that we don’t need to remember things anymore? Human brains use information stored in the long-term memory to facilitate critical thinking. We need these memories to understand and interact with the world around us. If we rely on the ability to look things up with the press of a button, we no longer need to store our knowledge, we lose the ability to use that knowledge to think deeply, critically and creatively.

The internet also seems to be impairing our ability to think deeply and to focus on one subject for extended periods of time.  Psychologists and neuroscientists tell us that the interruptions the internet causes have a, “fairly profound effect on the way we think. It becomes much harder to sustain attention, to think about one thing for a long period of time, and to think deeply when new stimuli are pouring at you all day long”, journalist Nicholas Carr, author of The Shallows: How The Internet Is Changing Our Brains, said. Researchers at Stanford have found that the more acclimated you are to technology and the constant flow of information that comes through it, it the less you are able to figure out what’s important to focus on. Instead, your mind gets attracted to what’s new rather than what’s important. According to Carr,  “Once this habit of distraction is developed, it becomes harder and harder to back away and engage our minds in deeper modes of thinking”. It’s not only a loss of attention, but a loss of our ability to control the our minds and determine what we think about.

Great post, Anna! I found it very interesting when you said “The internet also seems to be impairing our ability to think deeply and to focus on one subject for extended periods of time.” Based on your post I think you would enjoy reading this article. https://www.iflscience.com/technology/technology-making-your-attention-span-shorter-goldfish-s/.

Anna,
I really enjoyed reading your article. I thought it was very interesting when you said “We’re relying on Google to store knowledge long-term, instead of our own brains.” I completely agree with that statement. I find myself doing the same thing and thinking that I won’t have to remember it because I basically have google in my pocket every day. I think that the internet is letting us hide a lot from our actual feelings and lowering the importance of face to face contact with others. I found an article that focused on the four negative sides of technology. I loved your post! I hope to hear again from you soon.
http://www.edudemic.com/the-4-negative-side-effects-of-technology/

Dear Anna, I see a memory as something that will become not nessiary after a while in our race. This will become the equivalent of hunting and gahering skills where only a few people have them while the majoruty of society doesn’t. I don’t see this as a good bad thing but rather just a way the world evolves and changes. They change over time and what is nessisary today wont be tommorow. This article sumerizes this, http://phenomena.nationalgeographic.com/2013/05/20/when-memories-are-remembered-they-can-be-rewritten/
Thanks, Simon

I found your article very interesting. Specifically, when you said “We’re relying on Google to store knowledge long-term, instead of our own brains.” This topic is something I am also very interested in. I agree that people are not able to deeply analyze a subject anymore. Also, I think that people are becoming more isolated and not as social in person as they used to be. I have attached a link below that gives more information the use of technology and its impact on society. I look forward to reading your next post.