Home How is the government going to stop the production and ban the use of animal testing? 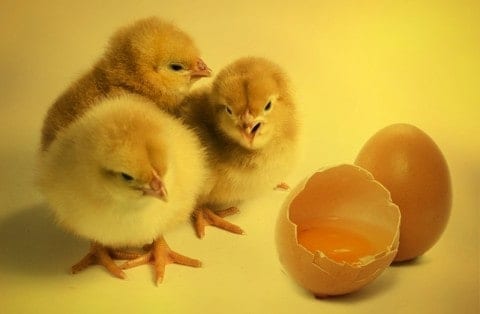 Dear Aria, I really liked the subject you chose for your easy. Animal testing is really important topic because every year a lot animals die each year due to the experiments that are done on them. They are being treated really poorly. Animal get depressed and their behavior changes. They try to hurt themselves by pulling their fur and biting themselves.

Hi Aria, I really like your theme. Animal experiments are certainly inevitable at the current stage of scientific development and need to be used in large quantities, but as technology develops, it must be banned, which is also inevitable. If we stop the animal experiment, who will stop the real killer? Such as smallpox, rubella. This link may be can help you a bit (https://www.humanesociety.org/resources/timeline-cosmetics-testing-animals), thanks!
!

Aria, this is such an important topic in this day and age. It is also a very topic to talk about, only because there are two very different and defiant sides to the topic. It’s hard to find a source that is unbiased. If you’re having trouble doing so, I would just suggest using two different sources on both ends of the spectrum. For example, this article https://www.crueltyfreeinternational.org/why-we-do-it/alternatives-animal-testing could help! This post reminds me of all the advertisements for cruelty-free testing since it’s very informative. Do you think there’s something citizens who are interested and eager on this subject can do to help? I’d love to learn about citizen-driven movements against animal cruelty!

I thought it was interesting how you wrote about a subject that really isn’t talked about. There are definitely other ways to conduct experiments without abusing animals. We have new and advanced technologies such as simulations that can conduct experiments more efficiently and will cause less harm. https://www.ncbi.nlm.nih.gov/m/pubmed/19453215/ . This is a short article that speaks about replacing animals and using simulations instead.

I really love that you’re talking about such an important topic and I can tell you really took the time to research and care about the issue. Most animal experimentation is extremely unethical and not relevant to humans, more people should fight and advocate for animals rights.

I really liked how you brought cost into the argument and how you stated that animal testing can cost as much as “a private school tuition.” I completely agree that it is wrong to test on animals. Do you think factual arguments or moral arguments are more effective in creating change? Here is an article that states the laws in place about animal testing https://aldf.org/article/federal-laws-and-agencies-involved-with-animal-testing/ this might be a good place to start to see where there needs to be change. I would love to know more about what laws are being created to protect animals from harmful testing.

I really like this subject on animal cruelty and there are so many layers that can be talked about. I think your article is amazing but its missing certain layers. here a link( https://www.crueltyfreeinternational.org ) that goes into more detail on the subject and also talks about other perspectives on animal cruelty. Which I think would really help you creatively to go deeper with this topic.

Aria, I agree with your statement and I believe that there should be better ways to provide test results without harming animals. We need to find a better alternative such as testing cells. Here is a link that provides further information: https://animal-testing.procon.org/ .

Animal experiments are certainly inevitable at the current stage of scientific development and need to be used in large quantities, but as technology develops, it must be banned, which is also inevitable. If we stop the animal experiment, who will stop the real killer? Such as smallpox, rubella.