How is social media affecting teenagers? 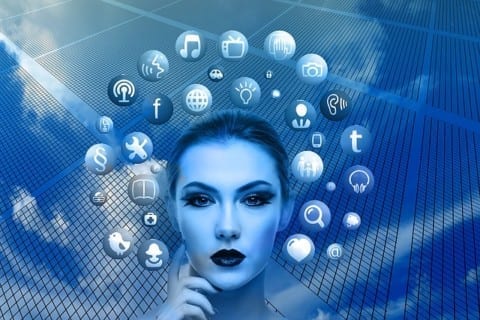 In today’s society, especially in teens, depression has risen. Most articles I read did say it was due to the amount of stress we are put under and also social media. Social media has definitely caused most of the teenager population to feel anything but positive. When scrolling through Instagram and seeing a model, girls wish to be her, which brings down confidence. Men see these models and expect every girl to look that way, and when they don’t they body shame the girls. The same goes for men ad boys too. Because social media has given all of us a certain, specific perspective, everyone gets self-confidence and falls into an unhealthy state of mind. Seeing models isn’t the only cause, though. Because it’s so much easier to say something in a disappearing snap, cyberbullying has increased, causing people to fall into an unhealthy mindset. Mental health wasn’t this big of a deal back in the day, but now it’s part of our everyday lives because of social media.

Tiffany, Your concluding sentence that very powerful. The rise in poor mental health is very concerning. In today’s society, it is not hard to see the impact social media has on impressionable teens. You bring up a great point; it is easier to talk down on someone online because the comment exists in an intangible world or in a fleeting snapchat. Young teens seem get lost in social media, often forgetting that it isn’t reality, which can lead them into an unhealthy mindset. I liked how you included boys in your writing because discussions rarely address them when we talk about these things. Great work. I am looking forward to see how you expand on your topic.

I agree with you. I believe that social media truly does bring down a person’s confidence, and it makes them doubt their values and talents.