How is mythology significant in our daily lives?

Home How is mythology significant in our daily lives? 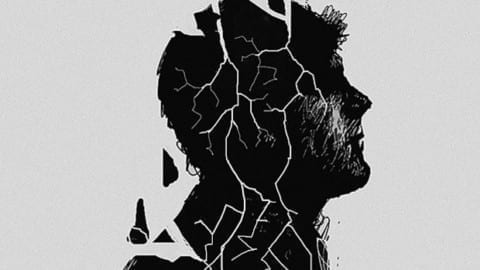 I recently found a new fascination for mythology throughout history and in our world today. I previously read about myths in books and articles online, but upon discovering a podcast called Lore, I dove deeper into learning about myths from all throughout the world and time. A myth is a story to explain a truth. This podcast highlights the dark history and ugly truths of humanity behind stories, for the description of the podcast states, “Our fears have roots. Lore exposes the darker side of history, exploring the creatures, people, and places of our wildest nightmares. Because sometimes the truth is more frightening than fiction.”

I first discovered the podcast on a rainy day in October while feeling rather studious and curious about uncommon subjects. As the rain pattered against my windowpane, I listened to Aaron Mahnke’s voice speak about the greatest fear of the early New Jersey colonists in the 1700s. “Devil On the Roof” highlights the 300-year-old myth of the New Jersey Devil. The legend states that a woman gave birth to a demon child. She hid him from the world, but one night he escaped by flight. Never to be seen again. This devil child became known as the creature of the Jersey pines. Everyone who lived near the forest had their own story, however the one thing that united them all was the description of the devil: “a head like a horse, wings like a bat, clawed hands, a long serpent tail, and deer legs.” Over the centuries, hundreds of sightings were reported all around New Jersey. In the event of losing something, people claimed they saw the creature do it. It was a prominent fear throughout the community. The stories of the Jersey Devil are an underlying truth of fear in humanity. Humanity has feared the dark and unknown for centuries, but the people of the pines feared something else. The Jersey people never believed in or feared the Devil, but feared loneliness. People were constantly experiencing unexplainable losses. Sometimes creating frightening myths, stories, and legends are the only ways that help people cope with the trials of life.

It fascinates me that fear is an eternal characteristic of humans, and a predominant and constant factor in myths. In all of the myths told in Lore, the underlying truth is the fear of something. This is true in our society today, for people are often afraid to face the truth. They may make up stories as a substitute for experiencing difficult emotions, like loneliness in “Devil On the Roof”. Or it may result in a much more sinister and dangerous case. There have been instances in which people have taken the stories so seriously that unspeakable actions are committed. Mythology teaches us about our history and our future. It provides different aspects of life, and reveals truths we must recognize in order to evolve from our past.

This is truly very fascinating. I am also very interested in myths and folklore and am interested to listen to the podcast that you have described and I hope that you write more on this topic.

Bella,
This was a really interesting post to read. I personally love mythology. I don’t know much about the urban legends and urban myths that were conjured up to explain fear, but I do know some interesting myths. One that I find particularly interesting is the Pimuvit myth of how the sky got its stars. It’s said that animals angered a Goddess and she put a blanket over the sky, all the large animals tried to take it down but were all too weak. A group of hummingbirds then tried to shed light and poked holes through the blanket in the sky to create stars (this myth also helps to explain why hummingbirds will fly strait up into the sky until they faint of exhaustion). The Goddess was pleased that the hummingbirds were working together so she pulled the blanket off the sky during the day, but put it back in the night to remind the animals of what the hummingbirds did. To go back to mythology being an explanation for fear though, I found this page talking about urban legends in each different state. http://www.thesleepparalysisproject.org/about-sleep-paralysis/symptoms/ I think this is a really interesting post and I hope you write more about it in the future