How Immigration Helps the Economy

Home How Immigration Helps the Economy 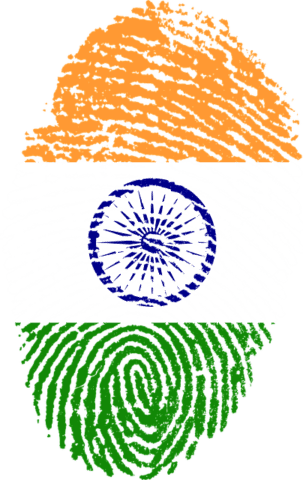 Are immigrants taking jobs? No, simply helping.
The main concern about this issue is that it impacts native citizens because it worries them that immigrants will take over jobs and the economy will drop because of immigrants. Truth is, immigrant workers commonly take jobs that improve other sides of the economy. According to the U.S. Bureau of Labor Statistics, 17 percent of the United States labor force is made up of U.S. immigrants. However, lots of professionals would like to say that they are taking jobs, such as Trump. Though, this is not true because lots of immigrants are only taking jobs that typical United States citizens don’t want to obtain. “The reason is that immigrants often have jobs that Americans tend not to take. So instead of competing with Americans’ for work, immigrants tend to complement American workers” (Frazee). One example of jobs that immigrants usually take is farm work. This is an easy job to take because most Americans don’t want to sit in the sun all day working. Whereas, immigrants will do anything to provide for themselves and their families. Farm owners and managers need people to take care of their farms and so on. Therefore, neither party could do their job without the other.
Another example is, immigrants or someone who is a family of immigrants tend to bring a lot to the economic table. In the article, How Immigrants Positively Affect the Business Community and the U.S. Economy, the author writes, “Economists have found that immigrants complement native-born workers and increase the standard of living for all Americans. Additionally, as consumers in local communities, immigrants create demand for small businesses and strengthen the economy. Immigrant entrepreneurs have also played a significant role in advancing technological innovation and creating businesses”(Estrada). Immigrants have always been a fundamental value to the United States because of this pay so much in taxes because of their successful small and larger businesses. Numerous companies that people use on a daily basis has been started by immigrants or children of immigrants: Google, AT&T, Apple and many more. Without their brilliant ideas, this country wouldn’t be striving like it is now, economically.

Solution
The President of the United States is trying to ‘keep out immigrants’ because he thinks they bring trouble to the US. He has tried to build a wall on the Mexican border because he thinks that will keep out immigrants. As of now, January 24th, 2019, the government is still shut down since December 22, 2018, being the longest government shutdown in U.S. history. Trump is not getting any funding for the wall on the border between the US and Mexico; this is what caused him to shut down the government. I propose raising awareness to immigration and having people stand up and to talk about how immigration positively affects the economy, is a great solution to letting the government allow immigrants. Educating people about why and how immigrants really boost the US economy which will spread an interest. This may be small, but something small can turn into something so big. This blog post will educate everyone who reads this to explain how immigrants help the economy. This is just one step to educating people. By focusing on how immigration helps boost the economy, this will bring awareness to the other sides of immigration and will educate and open people’s minds that immigrants are good.

Connection to American Lit
One way this blog connects to American Literature is the use of logos. I used logos to persuade my audience about how immigrants help the United States economy. By using logos it built my argument to be stronger and convincing because I used logical explanations and examples to support my claim.

Conclusion
Bringing this all together, immigrants are very good for our economy because they open up other employment options and are only taking jobs that born United States citizens don’t want to work. With all this said, I am not an expert on this topic and I would have to do further research to become an expert on this topic. I would have to go to more websites and look at the statistics; maybe interview professionals to better understand my topic. Would love to hear your thoughts and ideas so please feel free to do so in the comment section!