How Has Conversion Therapy Evolved?

Home How Has Conversion Therapy Evolved? 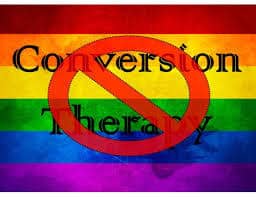 More and more people are becoming opposed to the idea of conversion therapy. With more counties and states banning the practice for minors, our nation is moving toward a safer world or LGBT youth. Not only has conversion therapy proved to be ineffective, but it also brings serious emotional, physical, and mental harm to everyone who goes through it. By supporting legislation that would ban conversion therapy for minors, our country would become even closer to full protection for the LGBT community.

Please check out my blog, where I also fight for LGBTQ+ equality: http://lgbtqhealthcare.home.blog

Mariah,
I really enjoyed your post. I learned a lot from it since I am not that informed about the LGBT youth and the conversion therapy. It’s sad to see that our nation sees being LGBT as a mental disorder. This part of the post just is heart breaking. “According to Kathy Baldock, an LGBT rights advocate, in an article from ABC News Australia, this therapy even includes “giving people drugs while they showed them gay porn so they’d throw up. Not giving them drugs while they showed them heterosexual porn so they wouldn’t throw up.”” Personally, I don’t think making someone throw up with drugs is humane at all. I think that the question I have is how this could possibly influence with Trump wanting to git rid of transgenders or if it has to do with any of this? I said before, I am not completely informed about this topic, but I have seen like short documentaries and videos on people who are transgender. And it makes me happy and glad to see them going out the world and their communities and living who they are. I read this article on how his the government redefines gender to exclude trans people, it could be a public health crisis. I think this article could open up ways in which you could possibly connect conversion therapy to this
http://time.com/5432489/transgender-definition-medicine/