How Far Is Too Far?

Home How Far Is Too Far? 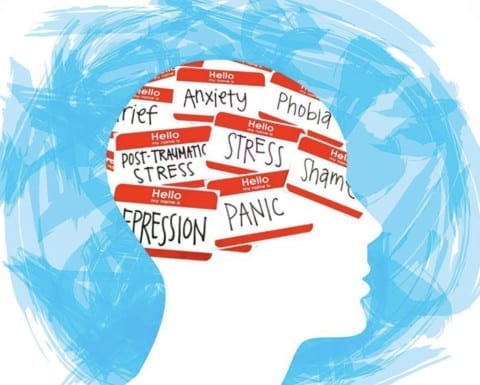 What defines a negative mental health stigma? Is it the person who has the mental illness or is it the society surrounding that person? In most cases, this unnecessary stigma comes from the society that surrounds a person with a mental illness. Society often stereotypes or generalizes mental illness in a way that harms others. Since it is so generalized in society today, not many people are talking about how this stigma affects those who struggle with their mental health every day. As a result, “people with mental illnesses are robbed of so many opportunities that define a quality life: good jobs, safe housing, satisfactory health care, and a new affiliation with a diverse group of people” (Corrigan). People may not think about how severely the negativity in society is affecting a person’s life. Because people dealing with a mental illness are so stereotyped, they aren’t able to live up to their full potential. A mental illness is not something that should weigh someone down in life, rather it should teach them to rise up above the struggles. However, society makes it extremely difficult for this to happen.

People with mental illnesses are robbed of so many opportunities that define a quality life: good jobs, safe housing, satisfactory health care, and a new affiliation with a diverse group of people.

The negative stigmas of mental illness have been spreading for years now. People do not realize this fact because it has become almost normal for people to say “I have anxiety” or “I am depressed”. When someone is really struggling with depression or anxiety, it is looked upon as something normal because it is talked about so often. The reality of this situation is that people who are struggling with these mental illnesses are feeling invisible and that they do not matter as much because society sees their illness as “normal”. This may lead to them not getting the help they need because they do not want to be seen as “dramatic” or “sensitive”. Mental illness affects all people around the world no matter what race or gender they are. Especially in society today, “prejudice, which is fundamentally a cognitive response, leads to discrimination, the behavioral reaction” (Corrigan). In this specific case, people with mental illnesses are being discriminated against. Even if someone initially thinks a person is “not normal”, they do not always have to act on those thoughts. However, the action is what leads to public discrimination. Until people start talking more about this problem in society, it will not get any better. It might, however, get worse.

We should care about the negative stigmas surrounding mental health because it is a problem in society that is not talked about very often. The public stigma that affects people with a mental illness can often lead to self-stigma, which is when people struggling with mental illnesses turn against themselves (Corrigan). Self-stigma can cause people with mental illnesses to have body image issues as well as develop more mental illnesses that they didn’t have to begin with. This stigma not only can affect those with mental illness, but also the loved ones who support them (“Stigma and Discrimination”). The emotional struggles that come with a mental illness is often more than that person can handle at once. Support from family and friends is the best thing a person can receive when struggling with a mental illness. Nobody really thinks about the emotional hardships a family endures when someone they love is being discriminated against. This is why society needs to address this issue. Because these stereotypes are put in place, people don’t realize how much they are negatively affecting a person’s mental illness and because it is mental, it is not something that is physically noticeable about a person. Addressing this issue could help so many people and create a better, safer environment for them as well.

The struggle of discrimination against those with mental illness and both the stigmas is a great topic to study today because, as you mentioned, it is an increasing problem that surrounds many people. One of the most targeted groups is probably middle and high schoolers. I really enjoyed your line of reasoning throughout your paragraphs as I think they flowed well and got more specific (general population and negative stigma to self stigma and individuals). One thing that I think would be helpful is more explanation and deeper reasoning of how and why people should become more aware of the problem. As the struggle itself is important, go deeper into how to physically help others that do have anxiety or depression.

I loved the topic of this blog. I agree that mental illnesses are often over looked, or stereotyped. One thing I wanted to suggest was that there is no clear introduction or first body paragraph. The first paragraph seems to be an intro and body paragraph combined, since it has a source. It might flow better if the two were split up. However, I loved the quote you used in the first paragraph of, “people with mental illnesses are robbed of so many opportunities that define a quality life: good jobs, safe housing, satisfactory health care, and a new affiliation with a diverse group of people,” because I believe it makes a really strong point and adds more support to your topic.

I really admire your use of evidence to defend your reasoning while discussing mental health. This topic was very insightful and full of knowledge. I do agree that the use of technology is lacking in terms of mental health aid and the fact that it sometimes does more harm than good. I feel that this issue is important enough to find a way to fix it as soon as possible.

I like how you addressed the fact that society overlooks or diminishes people with mental health issues. I feel this happens especially in young people because either they do not feel comfortable speaking up or they speak up andare told that they should not feel the way they do. This can lead to a feeling of isolation and can worsen symptoms of already present issues. I think this is something that needs to be fixed in our society.

I believe that the reason that these stigmas are created is because we don’t know that much about mental illness yet. Modern technology allows us to assess and deal with physical injuries instantaneously, but research and technology for mental illness is for behind.

Meghan, I think you are completely right when you say, “When someone is really struggling with depression or anxiety, it is looked upon as something normal because it is talked about so often. The reality of this situation is that people who are struggling with these mental illnesses are feeling invisible and that they do not matter as much because society sees their illness as “normal”. ” As someone who has struggled with anxiety since I was little, I have never been able to put this feeling into words until you did. When so many people around me say they have anxiety when they get a little nervous about something, it makes me feel crazy when I have panic attacks before doing something that would normally be easy for anyone else. I think it is important to destigmatize mental illness, but in order to do this, we have to also talk about the “ugly” parts of these illnesses.

Meghan, I liked how you covered this topic of mental health. I thought it was a very insightful angle to talk about how the normalization of mental health issues can cause more problems for people with serious mental issues. I think that it is important to talk about mental health on an individual basis, and I think you did a great job presenting this situation.

Dear Meghan,
I am very much satisfied with your post about mental health which should be a big issue, not something that is normalized as if you’re going to church. “Since it is so generalized in society today, not many people are talking about how this stigma affects those who struggle with their mental health every day”. This stood out to me the most because it is true that the normalization of mental illness has become common that we don´t feel empathy or show solidarity for those who struggle day by day. The world needs to acknowledge such issues and take into priority the well being those who are less fortunate and aid them so they can try to live an easier life.

Dear Meghan:
I am impressed with your post, “How Far Is Too Far?” because throughout this post you give an explanation about what people experience and that people with this illness are having a hard time. Society has rea;ly come to the point where someone who is depressed is a stage (in most part of society) that is what society thinks.
One sentence you wrote that stands out for me is: “We should care about the negative stigmas surrounding mental health because it is a problem in society that is not talked about very often” I think this is tough because in the world we tend to push aside things that seem unimportant because they could be a waste of time, but often time we do not have any idea what people who have this problem struggle within a daily basis.
Thanks for your writing. I look forward to seeing what you write next because I think the way you expressed this situation and how society is taking it is very impressive. It really brings me to think ‘what if I was in their situation?’ definitely I would not like to be judged while having my own problems.
Fatima Esparza

Meghan, I really liked your writing on the issues regarding mental health. You mentioned how society often overlooks people who are struggling which can result in worsening their conditions. I believe that this is a major problem in our society that needs to be addressed more often. You wrote from a very formal perspective and introduce facts that can help people to hopefully become more educated. I liked the urgency of your writing as well. Awesome job! I hope your writing reaches more people to help break the stigma attached to mental health so that we can help those who are struggling.

Thank you for this writing. I look forward to what your next writing is, because you bring up issues that need to be addressed more often. I would like you to continue writing about issues regarding mental health and how society can learn ways to handle these mental illnesses.