How far does homosexuality date back?

Home How far does homosexuality date back? 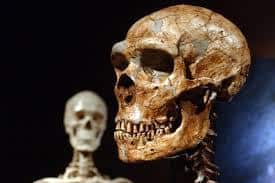 So often, people say that homosexuality is a trend of the “modern-day kids”, but I’ve always wondered how far it really dates back.  According to this news article, a man’s body, from 2900-2500 BC, was found buried in the ground in an unusual way that does not correlate with the Corded Ware culture of the Copper Age he lived in. Archeologists found this intriguing skeleton in the suburbs of the Czech Republic and decided to investigate further. Commonly, a man from the Corded Ware culture of the Copper age would be buried with weapons, hammers, and flint knives, while women had been buried with jewelry, pets, jugs, and an oval-shaped pot near their feet. According to archaeologist Katerina Semradova, the skeleton, “is interred on its left side with the head facing the West,” an oval pot was found near the feet, and, “none of the objects that usually accompany male burials such as weapons, stone battle axes and flint knives were found in the grave.” She goes on to say they believe it was a “transsexual or third gender grave”. To support this even further, Katerina Semradova stated, earlier before this body was discovered, a female warrior was found buried as a man in the Mesolithic period. Therefore supporting that signs of homosexuality has occurred for more than 5,000 years.