How Does Police Brutality Affect The Community?

Home How Does Police Brutality Affect The Community? 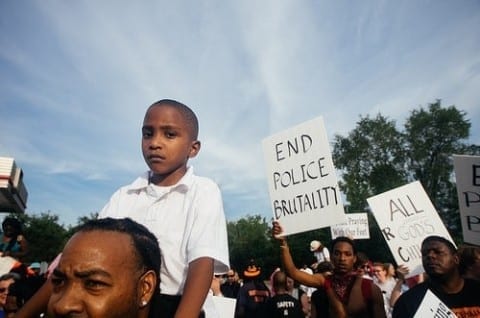 Over the years there has been multiple people killed by police officers for example,Yuvette Henderson, Demouria Hogg and Richard Linyard from Oakland, CA. Why don’t people in the community talk about police brutality? They don’t talk about it because they know it all leads back to oppression and racism. People of color have been dealing with more police brutality than other races. Police departments have been spending more money on cases rather than schools.

Oakland has been spending more money on lawsuits about police brutality than in schools, after school programs etc. For example in the article “Oakland Police Misconduct Cases Raise Questions on Oversight” they declare, “ In addition to the $13.6 millions, the departments invested millions in new technology such as body cameras,computer servers and computerized systems to help evaluate officer performances and adhere to the court agreement. In her 2015-17 budget, Mayor Libby Schaaf created two new auditor positions and a civilian director of internal affairs in the Police Department,which add up to $520,000 a year…. That’s a lot of money for a city like Oakland. It could have been spent on Head start programs” (San Francisco Chronicle). The mayor of Oakland has been spending more money in Police Departments in order for them to have better technology to better deal with crimes in a better way instead of the money going to schools, the money could be used to create better programs, sport teams etc. This source is credible because it is an established newspaper that is known and it’s from the Bay Area. All Oakland schools should provide after school programs which can help prevent more crimes. In the article “Benefits for Youth, Families and community” explained, “ Effective afterschool programs can improve classroom behavior, school attendance,academic aspiration  and can reduce the likelihood that a student will drop out” (Youth.gov). Many schools are still being affected by the budget cut that the district has made. If there are no teachers, programs etc, this all leads to students being exposed to a bad environment since they would not have any type of way to get the proper education they need. If students do go into a bad environment then it could all lead to police brutality.

On the other hand, if there was after school provided to students then they are less likely to commit crimes. This source is trustworthy because the person who wrote this article cleary interviewed different people from the community so they were diverse sources. Moreover, More People of Color have been killed than any other race. In the article, “The Long Painful History of Brutality in the US” by Katie Nodjimbadem, it explains “Blacks are 2.5 times as likely as white Americans to be shot and killed by police officers”(Nodjimbadem). This source is credible because the Katie N compared statistics from different places to one another to see how the rates of police brutality have grown. This article explains that People of Color are a bigger target than White folks. This brings back on how oppression keeps being an enormous problem. People in many communities don’t realize how much the oppression has grown. Even innocent People of Color have gotten killed. If People of Color are continuously being killed and police officers do not learn what they are doing is wrong. This situation later creates a bigger problem since most likely police officers have/will always have more power than anyone in the community. Us, as a community, should be able to speak up and not be scared of police officers. They should be able to hear our voices and how they should learn to protect the community not hurt others. Moreover, As stated by one of my interviewees, “ I am very against Police Brutality I think it’s sad how most of the time people getting killed are innocent,I think African Americans are a bigger target because if you see the news most of the time the people being killed are African Americans ” (Sanchez). Even people from the community in Oakland are justifying how African Americans are the bigger target. There has been protest about the racism that leads to Police Brutality but the community do not seem to listen. This source is credible because my interviewee is a resident from Oakland so she would understand how police brutality is a big deal in Oakland. As I interviewed a teacher from an Oakland Unified District school about police brutality Ms.Pippen stated, “I am against police brutality and I think it has to do with Police Officers not getting the proper training they need in order to prevent the violence that goes on, cops should be able to protect the community not hurt one another” (Pippen). Ms. Pippen explained how police brutality affects the community and that youth could be influenced with the violence that is going on and can lead to more violence. She is a credible source because she works in a high school were students of the Oakland Unified School District have been taught about depression and how we as a community can work harder to fight the oppression.Some may argue that spending money on body cameras and civilian could be good items because that way Police Departments can help with all of the criminal activities going on. In the article “ Study shows police body cameras are good for the community and for the police” talks about the many ways body cameras will help communities for example, “We believe the use of body cameras will strengthen community, improve accountability and transparency , protect our officers from false complaint and provide valuable evidence for prosecutors” (Walter Einenkel). Since there has been more body cameras there has been able to prevent more police brutality by seeing how the police officer and the person react to the problem they are having, which means less violence. It will also help inmates that are already in jail and they will be able to have more evidence if they are in trial whether they are guilty or not. This source is trustworthy because it specifically talks about camera bodies and the cameras actually help an environment with violence.

In conclusion, if there is less money for schools then the chances are higher for people to commit crimes that could lead to police brutality.

“Benefits for Youth, Families and Communities .” Youth.gov, youth.gov/youth-topics/afterschool-programs/benefits-youth-families-and-communities. On January 16, 2018 I did research on how after school programs could be effective. It explained how schools are better off with after school programs because they help improve a students behavior. This source is credible because they are articles that are from the government, they have no reason to lie about statistics that make students react better.

On January 9th,2018 I interviewed a student that attends Oakland Unified School District. I was able to ask her what her perspective on police brutality was. She is a credible source because she has been learning about oppression, she is against something very serious and is part of the Oakland community which means she knows about the oppression going on.

On January 14 I did research on how the city of Oakland has been overspending on better items for the Oakland Police Department to use instead of the money being spent on after school programs etc. This source is credible because the San Francisco Chronicles is a newspaper that is very well known.

On January 8th,2018 I did research about Police Brutality I decided to go on this article because it was bringing back history of the US which leads to all of what is happening this year. This source is trustworthy because the date has been recent and has precise information.