How Does Having a Twin Change a Person’s Personality?

Home How Does Having a Twin Change a Person’s Personality? 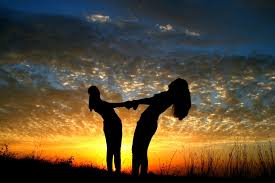 The first thing I found was that children who grow up with twins tend to be less independent. This is because they are used to having a twin around all the time that they can depend on. An article I found says, “Twins are more likely to depend on each other for support and daily tasks due to always having each other around.”  One of the main ways twins depend on one another is socially. They grow used to always having a friend with them every where they go, and in some cases it can cause them to grow up to be more introverted people.

In other cases, twins learn to create deep and healthy relationships with others. From learning to grow with another person all of their lives, they are more resilient to being around people, and they don’t grow sick of friends as easily. Having a twin is practice for maintaining other relationships in the future. Because of this, twins search for deep emotional closeness in relationships and friendships because it is what they are used to. They often get disappointed by other friendships because they never lead to the same closeness that was found in the twin relationship.

Another thing I found was that each twin usually takes on the role of the first child or the baby of the family. “A twin will never act like a middle-born; he will always act like a firstborn or a baby,” Leman says. Looking at this, I can see that I definitely took on the role of the youngest, while my sister took on the role of the first born. We can determine who took on which role by observing the way the family works, the amount and the type of attention that each sibling each gets from the rest of their family, and the paths that each twin takes. For example, my sister left earlier for college than most students do, and this may have something to do with the roles we took on as twins in our family.  I can see that neither my twin nor I acted like a middle child, and this is normal. She acted this the first born and I acted like the last born as we were growing up. Even though these positions are more chosen than in most families, once twins are in their spots, it can be almost impossible to get out.

Therefore, twins personalities are changed for multiple reasons. They tend to be more dependent on others, especially peers. Twins can either be more social or less social (depending on how their relationship was) from having a twin. Twins look for closeness in their other relationships. Twins may develop in a similar way to first born children or the youngest of the family, and these roles have the power to be just as impactful as they would be if they were actually the oldest or youngest.

My twin sister has domineered me for 40 years. We are the middle children of four. The youngest was spoilt, the eldest a boy crazy wild child who hit me from my first day in school to the age of 20, and our father, a neglectful violent bully behind the scenes after our lovely mum died. Being a twin to a bossy liar ruined my life. She was also violent to me, once stabbing me in the leg. I hid all the abuse out of pathetic misplaced loyalty. I am terribly introverted and afraid to speak up for myself.

Dear Lindsay,
I am really intrigued to hear more about what you think about a twin relationship being as you’re a twin. One part that really stood out to me in your post is how twins act like the oldest or the baby, this made me think because I’m the middle in my family. I was thinking about how twins that are middle children would act. I was wondering if they’d act like the middle children in the family but the oldest and baby in the relationship of the two twins. Overall, I really think that this is a very interesting idea and I think I might look into it myself.

Lindsay,
I loved this post because I am a twin! While many of your points were interesting and accurate, I wonder if you could find anything on whether the gender of the twins effects the relationship differently? Speaking from experience, I have a twin brother, and we are not similar in personality at all. That would be an interesting point to add!
Great job, I love this topic!

I would like to add that since the genetics of fraternal twins can vary, the dynamic in relationships is certain to be different. Not necessarily that they aren’t as close, but having an identical twin means identical genetics, thus everything stems emotionally and physically very similar from the start whereas twin brother/sisters can have more major differences such as emotions, empathy and opinions. 🙂 I hope this helps!

Lindsay,
When reading your post it made me think a lot about my position and involvement in my family. I also am a twin and before reading your post I didn’t think twins could take on such opposite characteristics in a family dynamic but thinking about it now, I see examples of this throughout my relationship with my twin. Not only is my twin brother physically much bigger than me but I also see him looking out for me in similar ways that an older brother would. thank you for your post. This topic is interesting to me and plays a big part in my life.

Lindsay,
This is definitely an interesting post. Though I know a few people who are twins, I never really thought of the role they play in the changing family structure. However, I do see how having a twin could affect this, and how it could affect your personality. In your post, you mention how some twins grow up to be more introverted people, while others tend to be really social and make friends easily. I think part of that also depends on the other family members and how you are raised. A twin may be used to being with their twin more, and if the rest of their family is more social, that could make them more extroverted because that is the environment that they grew up in. Thank you for your post. This is definitely an interesting topic and I’m looking forward to your future posts.

I am intrigued by your post because I have many friends that are sets of twins, and I think the concept of how you can grow together, yet also be very different is interesting. One thing that you said that stands out to me was when you talked about how twins in the future look for a closeness with other people, because they are so used to having someone so close to them 24/7. Your post reminds me of my sister’s 2 best friends who are twins. One of them definitely acts like a baby, and the other acts like the first born. They are very dependent on each other but also have their own traits that separate them. Thank you for sharing this post. I look forward to seeing your next piece of work because your voice really shines in your papers and your understanding of the personalities of twins is very intelligent.

I really like this post. I think that this makes perfect sense and I could see how having a twin could change the personality and roles that each twin plays in their family. I also could see how growing up with somebody you are so close too could make you dependent on other people and relationships. I think its interesting to see how twins will go out of their way to have their own identity and personality apart from there twin. I have seen many friends who are twins do that as a way of being their own person and often this will lead to the twins being totally different people. This article talks a little about it if you want to check it out. I would like to hear more about what you think changed you as a twin and how you set yourself apart from your twin.

Lindsay,
You mentioned that twins either take on a lead role in the family, or a younger role. I’m curious, what would you say determines that decision? You said you took on the younger role, is that because your sister was “technically” born first, or is there other factors?

As an identical twin, I would like to add that I’ve taken on the oldest, despite being born first, mostly because I gained my independence before my twin. Environmental factors play a big role and one twin typically leans more on the other twin. I was always more of her rock, even though my empathy matched hers, therefore I took on the ‘older’ sister of our family. She was never the baby, but definitely likes to stay happy in the middle.

Lindsay, I think that you have great insight on this topic. I myself have a girlfriend who is also a twin and it is interesting to compare her life to mine. Also my mother is a twin too and it is cool to see what you write here. Thank you for sharing and I will look more into this!
-Casey

I agree, Lindsay. I think that having a twin would be fundamentally life changing, and would allow for a deep sibling reltionship. I think that they are more dependent on people, because they grew up knowing that they had the best support one can have. I think that they find themselves loved in a different way then other siblings. I think your understanding
of twins is incredible, and think that this is very well done,