How Does Gentrification Affect Oakland and its Community?

Home How Does Gentrification Affect Oakland and its Community? 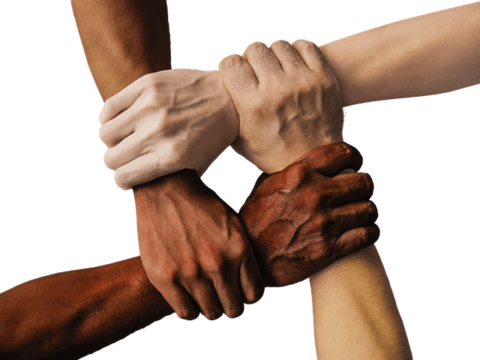 The Oakland community believes that gentrification is negative because it makes people leave their homes. In an interview with a high school student at LIFE Academy in Oakland, he said why he believed gentrification was a negative change for Oakland, and stated, “[Some changes that I have seen because of gentrification is that] there are many more houses and apartments being built, and more people have to move out to let the city build those houses/shops/buildings.” (Yang). A downside to new buildings is that there needs to be space to build, and to get more space, they will have to build on open areas, or demolish old buildings. The highly chosen option is to demolish old buildings, which would force people out, making more people lose their homes. Also, another reason people would get kicked out is because of prices going up. When a family can not afford a house, they have to leave or they will be arrested (for living in the house without paying). Additionally, when UC Berkeley researchers mapped gentrification and displacement in Oakland, they saw some interesting facts. Gillian Edevane, a news reporter, notes, “Oakland neighborhoods that are experiencing ‘advanced gentrification,’ according to the study, include Lower Bottoms, Old Oakland, and Northgate/Koreatown… The researchers also said ‘the crisis is not yet half over’ and that the city can expect the displacement of lower-income households to accelerate in coming years” (Edevane). What was interesting is that most of the neighborhoods experiencing advanced gentrification were lower income neighborhoods. This was interesting to me because those places aren’t seen as significant and, as such, the city wants to make those places the prime target of gentrification because they aren’t as important as other wealthier neighborhoods and can be easily changed.  The community doesn’t think gentrification is positive because more people are getting kicked out to make room for the wealthier newcomers.

Another reason as to why the community thinks gentrification is negative is because of the sudden rise of housing price and rent price. My second interviewee, Jay Cox, is an EDP Coach at Life Academy, and is a native from Oakland. He shows, “I have absolutely seen prices go up. When I came back from college, I saw a HUGE change in price, compared to before.” (Cox). This proves that prices going up have surprised the community. For example, Cox told me two days after the interview that he didn’t expect to see prices go that high up. If Jay, someone who left Oakland for only 6 years for college, saw that huge change in price, than there must’ve been others who lived here and must’ve gotten angry, which might be another reason why people left. Something else that Jay pointed out was, “I don’t think [gentrification] is fair because if you were to look at how much people are getting paid, they get paid less than a house would cost to buy” (Cox). The quote says that the prices are going up, but paychecks are staying the same, which would make it harder for anyone who worked in Oakland to buy a house because they aren’t getting paid enough. This can also be infuriating to residents because they might want to move out of their apartments or other lower-income neighborhoods, but they can’t because newer houses are too expensive to buy, and they may have to work more than one job to make sufficient money to buy said house. So, if people have to pay more for houses, then they can see gentrification as a negative for Oakland.

Finally, gentrification is seen as negative to Oakland because there are too many new buildings. Firstly, Adrian Kudler, a writer for the Curbed L.A website, is discussing the history and effects of the Brooklyn Basin community, and she reports, “but today a new Brooklyn is about to rise on part of the old one, in the form of a 64-acre, $1.5-billion development called Brooklyn Basin that will create an entirely new neighborhood just southeast of the Jack London loft district (home to hundreds of recently built housing units), on two peninsulas of what was most recently port-run land sandwiched between the 880 Freeway and the Oakland Estuary. It will be Oakland’s biggest new housing development in many decades.”(Kudler). A significant phrase that is a part of this quote is “in the form of a 64-acre, $1.5 billion development…”. This is significant because it shows how much money will be put into this project. $1.5 billion is a lot of money, and that money could be used on other, more significant objects, such as rebuilding old buildings (like apartments, family-owned shops, and parks). Something else is that not everyone will be able to buy a house for Brooklyn Basin. I believe that when built in 2019, the condos/houses/apartments will be expensive to suit the likes of higher income families, so low and some medium income families might not be able to afford the pricing. Secondly, because of all of the newcomers, people won’t have places to live. Robert Ogilvie, SPUR’s (a non-profit organization) Oakland director, who works to help improve the life of those in low and middle income communities, explains, “New construction, and lots of it, is critical if we’re going to get ourselves out of the current housing shortage. But the fear people feel about it is legitimate.” (Ogilvie). This quote is significant because it says that we need more houses in order to have fair housing. What this means is that more space will be needed, and the easiest way to obtain space is to demolish buildings that aren’t seen as “significant” by the city. And, building more houses will just make our limited resources go away faster, which would put the future world in a dismal state.

Some may argue that more houses gives more people a chance to live in Oakland. For example, in the article “Brooklyn Rises on the Oakland Waterfront,” Kudler is describing what the proposed community of Brooklyn Basin would be like when it is built. She suggests, “ Proposed and shepherded by Oakland-based Signature Development Group, Brooklyn Basin comprises a dozen parcels that, in 10 or 12 years, should hold up to 3,100 residential units, 200,000 square feet of retail space, at least 3,950 parking spaces, four parks and other open space, and two marinas” (Kudler). This quote suggests that because of the rapid gentrification, more communities like Brooklyn Basin can be built. And, all of those new communities will give people who are just moving in a chance to live in a brand-new community, which might lower the cost of other houses because there would be more houses, which would lower the demand.

The community thinks that gentrification will be negative on Oakland because many people have to leave their homes, housing prices going up, and because of all of the new houses that are being built. What the community can do is protest, non-violently, for their thoughts, whether they are positive thoughts or negative thoughts.

I interviewed Jay Cox, an EDP Coach for Journalism at LIFE Academy who was just hired, on January 8th, 2018. We discussed how gentrification has impacted not just the community, but how it has affected him as well. Jay is credible because he has first-hand experience with buying a house and seeing how people reacted to gentrification when it was active.

This article talks about how researchers at UC Berkeley mapped gentrification and displacement in Oakland. For example, there are seven maps that all show different things that all connect back to gentrification, like housing price changes, displacement, etc. This article is credible because the maps were created by UC Berkeley, and the article was written by the East Bay Express, which means that they are a news source from the East Bay area.

This article talks about how Oakland is turning into the “Brooklyn of the West”. What this means is that more people are calling Oakland “Brooklyn” because of the rapid gentrification that is occuring. This rapid gentrification also happened to Brooklyn, hence the name. It also talks about the changes, the effects, and the future of the city. This source is credible because of the evidence that it states, like the new $1.5 billion development on the southeast of Jack London district, called Brooklyn Basin. This is a very precise fact that must have required research in order to obtain, and this also means that there must have been a lot of research going into this article.

I am amazed by Your post because some of the quotes you writing is was really cool. I like the way that you shows that how bad is Oakland and how is this affecting others. One of the sentence you wrote that stands out for me is ¨This was interesting to me because those places aren’t seen as significant and, as such, the city wants to make those places the prime target of gentrification because they aren’t as important as other wealthier neighborhoods and can be easily changed.¨I think this is a good sentence because it shows that how bad is gentrification in Oakland and how can this affect people. Another sentence that I was amazed by is Some may argue that more houses gives more people a chance to live in Oakland. For example, in the article “Brooklyn Rises on the Oakland Waterfront,” Kudler is describing what the proposed community of Brooklyn Basin would be like when it is built. This stood out for me because it sounds cool and the ways you said living in
Thanks for your writing . I look forward to seeing what you write next, because like the bolg you writer and all the quotes you use in this blog.

You have a very strong post here, showing what the community thinks about this issue. But, I don’t see where you stand, you talk about why the community thinks that gentrification has a negative impact on Oakland, but do you stand with that side? Also, it doesn’t seem that you are looking at the sides of the people moving to Oakland. Would you want to live at a place that cost a lot of money, or move to a place that cost less? Also, i’ve read somewhere that Oakland can’t stop anyone from moving to Oakland, so how would you stop this issue of gentrification? Would protesting really stop people from continuing to move to Oakland? It would be great to know your opinion on the matter. Overall, your blog shares a counter narrative of the citizens which is very important, but it’s also important to look at both perspectives. Great job at sharing your voice to the world. Keep up the great work!