How does euthanasia effect veterinarians?

Home How does euthanasia effect veterinarians? 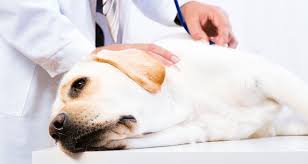 Working at the veterinary hospital, I see everything but euthanasias. I see surgeries on sick animals, I give fluid IV’s, X-rays, medication, and witness multiple brilliant people attempting to diagnose and heal a patient. When it is determined that doctors cannot do anything more for the patient, I watch the Vets prepare the medication, and carry the euthanized pet back for my coworkers and I to prepare for cremation. Every vet deals with the process differently; I’ve seen one cry and I’ve seen many continue with their workday as if they hadn’t euthanized someone’s beloved four-legged family member minutes beforehand. It is just a part of the job, after all.

As I flew into Milan over the summer, I sat next to an exotic animal veterinarian who first introduced me to the (very shocking) statistics of depression and suicide among all veterinarians. As the only medically licensed professionals who are legally able to end life, could the two be correlated? I began to research, and found a 2012 study stating that “a third of veterinary students had experienced depression, compared to around an eighth in the general population. Vets are also three to four times more likely to take their own lives – significantly more than doctors.”

When I first became curious on this matter, I asked some of the vets I work with how performing euthanasias affect them. The answers were all pretty different. Two described it fairly emotionlessly, using the phrase “it’s just a part of the job.” One described it as a way to help an animal die with dignity. I never understood this concept until I saw a 5 year old Border Collie die without this dignity. His family had been notified of his renal failure, and the fact that these last few months of his life would be painful, and yet they refused to put him down. As he came in each day to receive his medication, his body and mind were noticeably more exhausted. He died at home last week- slowly, painfully, and exhausted. His family brought his body in for cremation the night of his death, and as I ran my fingers down his ribs and closed his eyes, I felt the peace he deserved at his diagnosis. The peace that euthanasia brings before inevitable, painful, death is unexplainable.

Bringing an animal and a family the peace of a dignified death seems to be quite a privilege for veterinarians. The cakes, wine baskets and flowers which appear around the office after euthanasias are reminders of that privilege. But, do experienced vets look back on their careers, question terminal diagnoses, and count the lives they have ended? Sure. The biggest lesson I’ve learned in my time at the Vet is that we’re all human and we all make mistakes. We ask for help, we work a hell of a lot of overtime, and we try our hardest to help as many animals as we can each day. The decision and procedure of euthanizing an animal is one that is thoroughly discussed and debated, and one that more often than not, gives the dignity of a loving, painless death to a four legged creature.

So, how does euthanasia effect veterinarians?

Ultimately, it seems to be different for each vet I know, and apparently it only takes one experience to change your perspective entirely. Most vets I’ve talked to have had a particularly heart-wrenching experience or a particularly beautiful experience that changed their perspectives on euthanasia for the better or worse. Is the link of suicide and depression among vets tied with euthanasia? According to the statistics, there’s something within the profession that emulates devastation. Whether it’s the aspect of euthanasia or some other combination of factors, we don’t know. What I do know, is the people who dedicate their lives to the treatment of animals are strong enough to deal with the heartbreak and beauty of the profession, including the euthanasia of patients.

Dear Lucy:
I am heartbroken by your response about veterinarians’ reactions to euthanasia. It’s really upsetting even as a regular person to witness someone euthanizing your friend, your pet in front of you, but you really opened my eyes to how veterinarians may feel as they are doing the act.
One sentence you wrote that stands out for me is: ““a third of veterinary students had experienced depression, compared to around an eighth in the general population. Vets are also three to four times more likely to take their own lives – significantly more than doctors.”” I think this is interesting because although working with animals may bring happiness into many lives of veterinarians, the sad aspects of this job far outweighs the pros of it.
Another sentence that I was shocked to read was: “Two [vets] described it fairly emotionlessly, using the phrase “it’s just a part of the job.” One described it as a way to help an animal die with dignity.” This stood out for me because you can see the varying reactions to such a devastating event. Some veterinarians try to be emotionless, while others push to have the animal die “with dignity”, or bringing honor to the animal.
Thanks for your writing. It really opened up my eyes to see how not everyone handles euthanizing and the death of their pets/patients the same way.

My classmates and I run a blog that is tied with topics similar to euthanasia, and we would love to have you check it out! Here is the link: http://bestfwens.home.blog

I was shocked about the information I discovered throughout this piece of writing. I would have never thought that Veterinarians would commit suicide more than doctors. My dream career is too be a Veterinarian and I knew someday I would have too possibly put an animal down if I ever become one. I like how you explained the different reactions veterinarians have toward putting an animal down. I also liked how you told your own personal story of how you felt in the process. Personally I’d be very upset if I had to euthanize an animal. I really loved how this was written from the point of view of a real veterinarian. This topic is something I really enjoyed reading. Thank you!