How Does Cell Phone Use Affect Our Health?

Home How Does Cell Phone Use Affect Our Health? 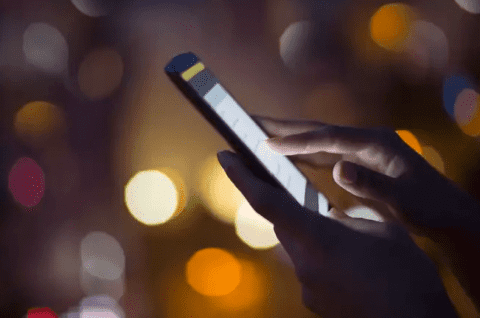 Handheld technology certainly has its pros and cons. The pros include easy communication, access to news, a platform for change, and much more. However, there are some significant cons to cell phones concerning your health. Both mentally and physically, use of cell phones can be taking a bigger toll on you than you realize.

Mentally, new research is coming out that found a correlation between excessive cell phone use and anxiety and depression. A team from the University of Illinois wanted to see the influence that high levels of engagement with the Internet and cell phones have on college-age people. They “surveyed over 300 university students with questionnaires that addressed the students’ mental health, level and manner of cellphone and Internet use, and motivations for turning to their electronic devices. Questions included: ‘Do you think that your academic or work performance has been negatively affected by your cell phone use?” and “Do you think that life without the Internet is boring, empty and sad?’” They found that people who said they were addicted to social media scored much higher on anxiety and depression scales. Also, they discovered that those who use technology as a means of escape rather than a way to combat boredom scored high on these scales. Another similar study found a link between overuse of phones, depression, and anxiety and having fear of missing out and a need for touch. They also scored higher on depression and anxiety scales due to lack of or a description of social activities from being addicted to your phone.

Physically, phones can have a direct negative impact on eyesight, posture, and hearing. Cell phones are also well-known to harbor germs. In a London study, a team sampled near 400 cell phones and hands to measure levels of bacteria. The results shows that “92% of phones had bacteria and 82% of hands had bacteria, including E. Coli.” Obviously, bacteria is easily transferred between hands and phones, making it very easy to get sick and spread the bacteria to other people or areas of the body. Constant phone use can also take a toll on your hands. Rapid message response can lead to pain and inflammation of the joints as well as discomfort or minor strain injuries in the thumbs.

Mobile devices also take a toll on your sleep, which negatively affects both your mental and physical health. As we all known, sleep is extremely important for all aspects of people, including socially, mentally, physically, and emotionally. Keeping your phone in or near your bed increases the temptation to check it late at night, when you should be relaxing and winding down. Using your phone at this time suppresses melatonin due to the harsh blue light, which makes it harder to fall and stay asleep. Phones can also disturb your sleep with constant notifications, leading up to an hour of lost sleep as well as a lower quality of sleep. This severely impacts your body’s natural sleep cycle. People who use their phones in bed are also at a higher risk of insomnia.

Although technology is full of good purposes, there are some health issues associated with extreme use, too. Reflect on your use of cell phones to make sure you are doing what you can to increase your quality of life and limiting these negative mental and physical effects cell phones may have.

Hi, this article is really informative and interesting. I’ve never heard of most of the things you said here, so it’s really nice to know this information. Thank you for sharing! I was wondering if there are any health benefits to using technology? Or is the negative side effects outweighing that? I think that more people should be aware of what it does to them, but I also think more research needs to be done on the positive effects. Thank you again for this great article!
https://unabis.com/cbd-blog/cbd-affects-libido-how-to-use-cbd-oil-for-erectile-dysfunction/

This is a very interesting post. I like that you brought up the loss of sleep, and how addiction to social media can effect depression, and anxiety. Your facts are well layed out, and sourced well. I think it would be interesting if next time you looked at both sides. Like, connecting to other people around the world through social media can help you feel less isolated and alone. It can also help you keep distracted through hard situations. https://www.healthyplace.com/blogs/buildingselfesteem/2016/01/how-to-use-social-media-to-build-self-esteem/