How do People Endure Giving Their Things Up?

Home How do People Endure Giving Their Things Up? 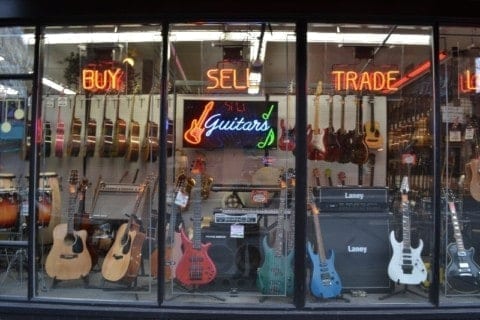 What were these people going through that they had to give up their instruments in order to get money?   Maybe they can’t afford it? It’s Christmas. They must be trying to get money to buy somebody a present. Who? Like a close family member or friend? My big question is: How do people endure giving their things up? This poem answers this question because it shows how definite the situations are. “Tag on a dead man’s toe” is a way of how serious it is and how the person feels. The word choice of “dead” makes me say that because it is a harsh word for harsh feelings. My idea of understanding how the person feels has been changing to me being able to get to their level and fully understanding.

My first impression of this poem was confusion about the twist at the end. In the poetry foundation it says that “Espada has given voice to otherness, powerlessness, and poverty into poetry that is at once moving and vivid” The poem makes me feel joyful, yet, at the same time, startled.  A line that especially evoked the joy for me was, “Tambourine all with price tags dangling like the city morgue ticket on a dead man’s toe”. But I found myself startled when I read the line, “on a dead man’s toe. Perhaps because it was a tune I never saw coming. Steven Ratiner says that ” presence that pervades much of your work is anger. It runs almost like a bass note through all three of your collections. Of course in our society, anger is a taboo — to even feel one’s anger, let alone express it. But the danger, as I see it, in having this feeling prominent in so many poems is that, in the end, they might all blend into one extended scream.”.What I know about the situation, what’s happening in the poem, is that it’s about a person looking through a window describe the music what it rimand the person of.What I know about the speaker is that they are the kind of person who makes a quick change. This is suggested by the in line 9 “on a dead man’s toe”.  The speaker seems to be speaking to no one in particular,. The poem Latin Night at the Pawnshop is from a particular culture because it says “Latin” so it’s a hispanic/american,Edward Hirchs wrote “It has a religious sense”. The poem revolves around several themes, including joy and The Blues.

This poem has a poetic turn which was a gentle shift like in  5th line of the 3rd stanza “Like a morgue ticket on a dead man’s toe”. This turn is a Dolphin turn which is a leap from one level of understanding or questioning, to being in the presence of the mystery of the universe. Another type of turn this is an Emblem turn which the poem have a two-part structure that turns from the description of an object to a meditation on the meaning of the object?. Also there is Ambiguity in this poem. This is a line that suggests multiple and unsettled meanings is  in the line #6 and stanza 3”. This ambiguity prompts the reader to consider whether the line could mean an actual dead mans toe as well as a comparison to something harsh. I say this because this was a turn that i didn’t see coming and it was a meaning what was unsettling. It analyzes Situational in the poem. It’s in the line “on a dead man’s toe” presents a surprise that is the perfect opposite of what one would expect. This deliberate contradiction of the reader’s expectation creates a confused feeling. I say this because it’s what I thought when I first read it.

In the fourth and fifth lines of the last stanza, Espada is comparing a morgue ticket with a price tag dangling. He writes, “like the city morgue ticket on a dead man’s toe ”. Why does it describe with a morgue ticket, the poet describes the ticket dangling from the instrument a ticket from a  dead man’s toe. This gives a twist at the end. This also makes twist dark really fast. In lines 1~2 stanza 2, ymsnanito says that “It isn’t really until the last two lines that we get a sense of something that could hint to something quite more serious”. However, why did the poet do it?”. A big comment that it raises for me is that the speaker is trying to say that their career is over like a life in a morgue because they had to give up their instrument for a loan. The image of “ the city morgue ticket dangling on a dead man’s toe” evokes a sensory experience of shocked, and shapes the reader’s perception of a dark turn.  Another image of “ Golden trumpet, silver trombone”evokes a sensory experience of the blues, and shapes the reader’s perception of the type of music in this poem.

In the 1st stanza it says “Chelsea, Massachusetts Christmas, 1987 this gives the poem a setting. Not a lot of poems give you the setting of where, what a day, and what year. This gives me an idea of the weather at this time and the feel of it because winter is dark so the poet ends with something dark. It’s all connected somehow and someway. A question that it raises for me is that what is going on with this person like can they not afford to buy a christmas gift that why they need to get a loan.

If this poem were a question, the answer would be “ that you can connect anything”.  If it were an answer, the question would be “what do you see/what does it remind you of?”  The title suggests that it’s talking about a night at a pawnshop. The poem’s form is a Free Verse. This form is a vehicle for the content of the poem.  If the poem were a Couplet, it would not guide me toward an understanding of the poem’s meaning.

Poetry and the Burden of History: An Interview with Martin Espada

Your Bibliography: Ratnier, S. (2019). Poetry and the Burden of History: An Interview with Martin Espada.