How Close Are We to Producing Humans?

Home How Close Are We to Producing Humans? 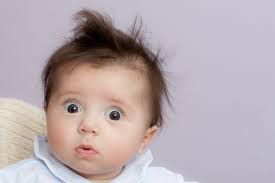 Think of a world where we could change our own genetics. We could weed out our imperfections and make better version of ourselves. This world is becoming more and more of a reality with each day that passes. Recent advances in genetic engineering have been bringing us into reach of a dystopian world where we can genetically alter ourselves or our children. This not only brings up a question of morality should we ever have the tools to alter the future generations, but it also begs the question: How soon will we be able to genetically alter human beings?

Using a technique called CRISPR, scientists have been able to alter genes. It “can be used to make precise changes in the genome at a high frequency and with considerable accuracy.” It has been used for the first time on human embryos this year by a team of researchers in Oregon. They were trying to edit out certain traits in the embryo that would cause a germline disease, or a genetic disease the baby and it’s posterity would inherit. Critics say “germline experiments could open the floodgates to a brave new world of ‘designer babies’ engineered with genetic enhancements”, but the question remains, where do we go from here?

While the prospect of modified humans seems very scary, many scientists say we are still a long way away from adding specific traits to embryos to create designer babies. In other words, it is very unlikely that we will be able to predestine a child to have a high intellect, exception athletic abilities, or be extraordinarily good looking. It is feasible that we will be able to eradicate a number of genetic diseases in the near future, but the idea that we can make designer babies still remains in dystopian books.