How Can Translation Be Harmful to Understanding?

Home How Can Translation Be Harmful to Understanding? 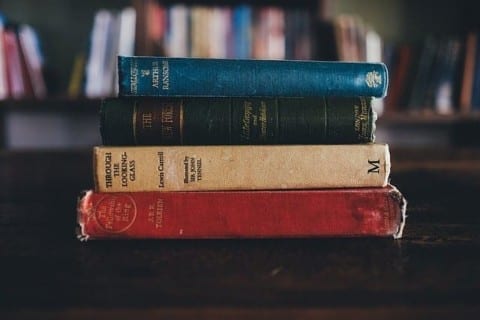 Translations are an integral part of our world. Books are translated, movies are translated, even live events are translated. The fundamental understanding of translating is just changing the words from one language to the other. In other words, you just change languages. But the understanding of this is not exact. There are many cases in which translation does not give way to meaning. Even though the words could quite literally mean something, the understood meaning could be quite different. With that, is translation sufficient in communicating across cultures?

For example, if a person wanted to say “hello” in Korean, one would say “안녕하세요” (annyeong haseo) even though the literal meaning is “Are you peaceful?” It can be translated literally or figuratively, but the understanding that someone receives from the translation is lacking. To translate as “hello” is to show that it is a simple and common greeting, nothing much to bat an eye at. However, to translate literally, one could obtain an understanding of the history and culture of the language. A similar situation arises from the Mandarin greeting of “吃了吗 (Chī le ma)?” which translates to “Have you eaten?” This gives way to a history that includes famine, even though famine is over, the tendencies stay the same.

In a Ted Talk with Tim Doner, he discusses the importance of understanding context in greetings. In discussing his journey learning Persian he says, “And quite honestly if you want to learn Persian for example, you pick up a dictionary, you say, “I know how to say ‘thank you’, I know how to say ‘how much is this?’, and I know how to say ‘goodbye’. Oh, I speak Persian.” Probably not, let’s see actually. In fact, if you want to buy something in a Persian bookstore, you might ask someone ‘how much is this?’ Generally, he will tell you this: “Ghabeli nadaareh.” Which means, ‘it’s worthless’.” Humility is a large aspect of the culture, but a literal translation to English makes this culture norm seem strange. So in most cases, these types of phrases may be simplified to fit our worldview.

Another example appears in Ahmed Gumaa Siddiek’s “Linguistic Precautions that to be Considered when Translating the Holy Quran”. The translations fitting as the direct and unchangeable word of Allah “…will naturally lead to dumping into literal translation, which will result in semantic ambiguity and structural complexities; that can prevent the reader to understand the purpose of the text.” In this, it comes to the issue of whether to allow rewriting to make the text comprehendible for readers or is the true meaning from the language too important?

In all, the idea of translation is important. No one can know every language and understand every piece of language ever uttered. However, the information and worldview gained from learning languages is unlike any other experience. Translation is needed without doubt, but understanding should not be sacrificed in its place.

I very much like that you looked at this. I’ve never thought of this before. I know words all have history, but I never thought to think about how it impacted the words themselves. I agree understanding should not be sacrificed. Just because you know the translation of a word does not mean you know anything about it.

I really like this topic, Jacqueline! I’ve always been curious about language, and I can remember how overwhelming learning one felt at first. There were so many different things I couldn’t have even accounted for without some help from an experienced teacher. In the language I am currently learning, French, the literal meaning of things can be a bit mind boggling. In place of the word devil in reference to evil, the french typically say “le loup”, which translates to “the wolf”. I think it’s rad that you have chosen to write about this because, in part, I find it difficult to explain. To verbalize the strange jumps in translation and loss of historical context is very hard to expound upon, so I find your writing intriguing. I can’t wait to see where this goes! (I’m not going to recommend any websites because I’m sure you already have a ton). c: