How Amazing is Katherine Johnson

Home How Amazing is Katherine Johnson 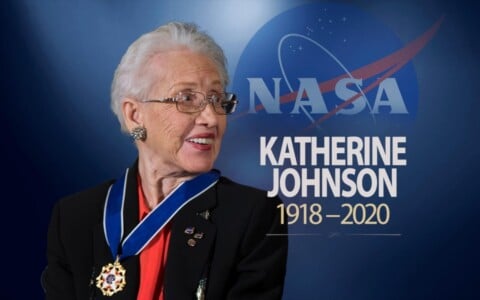 The article, “Katherine Johnson dies at 101” was about how this woman named Katherine Johnson was the first African American to graduate from West Virginia University.  She was really smart when it came to math and she did all the years and learned all the math courses she was able to get.  She joined NASA when they were barely starting.  She was named the human-computer and would hand-compute the first human spaceflight.  She would later on get a lot of awards for her work and even had a 30 million dollar, 40,000 square foot Computational Research Facility. She sadly ended up passing away on February 24, 2020, at a nursing home in Newport News, Virginia.  She was a very talented mathematician and she will forever be remembered as the human-computer.

I think Katherine Johnson was an incredible person for being able to be the first African American woman to graduate from West Virginia University.  Not only that but she took over math and decided to study all math courses.  She was also very amazing by joining NAZA and having a big role in it.  She also had a very cool nickname which was called human-computer, which I think means that you are super smart compared to a computer.  It was also very interesting how she was able to reach the age of 101.  She will be remembered and honored for all the amazing things she has done.