How about a classroom without grades?

Home How about a classroom without grades? 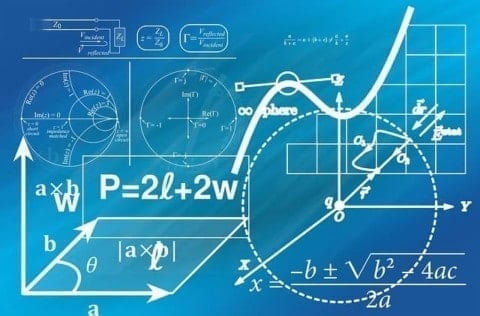 Despite the repetition being favored by teachers such as the one mentioned from Judge Memorial, it seems that the reason these techniques are favored is simply because of how society encourages these techniques to be used. Again prompted by a similar question, our Judge Memorial teacher’s ideal world looked like “students being eager to learn. Students would dare to ask questions. I like when students ask questions, and another student says “hey, I know that question!’” The problem is, the only way to encourage students to chase after knowledge is to eliminate that after which they are chasing now. The “points” system is corrupting the will to learn and instituting a shift towards the traditional learning techniques of repetition. In this way, the objectively best way to teach, now established by both science and personal satisfaction, would be the students wanting to learn, and therefore accepting, and more importantly sharing, the knowledge that they are given. In order for this to be a legitimate claim, however, we must ask if it is possible in the first place.

Let’s assume, for a moment, that everything aforementioned and subsequent in terms of future change is both possible and probable. We need to examine exactly what would be the most beneficial to society in an educational overhaul. For the sake of argument, we will go to the most extreme levels to examine the consequences. The most atypical educators might imagine the school as something of a library: constant banks of information variably utilized at the whim of the students who are learning what they want to learn when they want to learn it. In this “classroom,” the students would not have a set curriculum, nor would they be graded or given points based on any performance. The students would show up to school on a schedule, given a choice to learn that day, given immense freedoms in terms of what exactly they want to learn, and learn it as they so choose. The educators would be non-specialized, and instead be like assistants to the students, giving them interpretations of specific facts and giving insight into particular issues. Now, then, the question is whether this method would be effective in terms of its ability to bring students into the world and give them legitimate careers through which they could earn an income, since this is the basis for society in the status quo. The argument, in this hypothetical, is that as students are learning what they want to learn, rather than given a strict curriculum by which they learn, job satisfaction would increase and work efficiency would increase. On the other hand, students would be learning much less tangential information, meaning that in order to troubleshoot in situations that may require knowledge outside of one’s own field, a person may be far less equipped to handle a problem.

Of course, with voluntary learning, one does not simply learn only one specific subject, and this argument may therefore be null and void. It is indisputable that many of today’s youth are gifted in handling technology, and yet very few, if any classes in elementary to middle to even early high school focus on technology in any way, shape, or form. This is like osmosis; students learn what they want to learn, but naturally gain knowledge outside of their field that is helpful or in some cases necessary to their advancement in society. This school may seem like it is one out of a fairytale, but it is becoming closer to the norm than one may think. In Berlin, “The Evangelical School Berlin Centre (ESBC) is trying to do nothing less than ‘reinvent what a school is’, [Margret Rasfeld, the school’s headteacher] says. ‘The mission of a progressive school should be to prepare young people to cope with change, or better still, to make them look forward to change. In the 21st century, schools should see it as their job to develop strong personalities.’” She continues, “Look at three or four year olds – they are all full of self-confidence,” Rasfeld says. “Often, children can’t wait to start school. But frustratingly, most schools then somehow manage to untrain that confidence.” Rasfeld hits the nail on the head here: schools drain confidence in learning, and teach students first and foremost to game the system. While this may be a handy trick in society, the argument is there that the sole reason this trick works is that society is inherently flawed. Perhaps, then, by starting at the grassroots level in school, we can retrain all of society to learn again to trust each other.

Unfortunately, one cannot quantify the possibility of this change, but it is nearly indisputable that this would be not only the most effective way to educate, but to improve society in general. In our Judge Memorial Teacher’s ideal world, “students would be eager to learn,” and this is precisely the goal of ESBC and what should be the goal of the world’s educational systems: to retrain the eagerness of learning in our children.

Great article, Hunter! I really like that you talked about how the current use of teaching techniques aren’t done because they are good but rather because they are societally acceptable. Based on your post I think you would enjoy this article, https://www.thnk.org/blog/3-reasons-grades-bad-education/.

Hi Hunter, I like your research topic. I think students’ mental settings are wrong in this society especially for seniors. Sometimes students do need some motivations and need to be helped/pushed by teachers. Although grades, homework and tests are stressful but they motivates students to learn. However, many seniors just drop the ball and don’t care about anything now. So I think either student himself/herself need to do something to change this setting or schools need to do something to prevent this from happening.
Here is a useful resource of grading from a teacher’s perspective: https://cft.vanderbilt.edu/guides-sub-pages/grading-student-work/