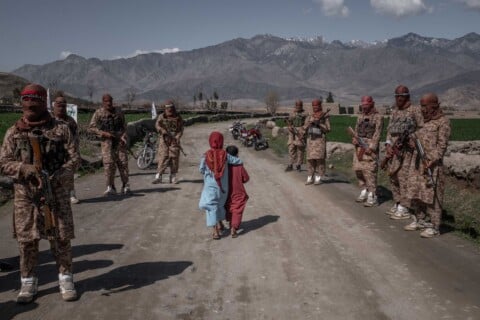 In the article, “Airbnb Provides Housing for Afghan Refugees” (McGraw Hill), I learned more about where exactly thousands of Afghans have sought shelter from the Taliban. During the last month, the Taliban which is a known terrorist group has quickly taken over the Afghanistan government. This was mainly due to the United States government pulling its troops from the Middle East. Moreover, Airbnb is currently providing tens to thousands of refugees free housing for a temporary amount of time.

What other things do you believe can be done in order to help Afghan refugees?
0
Please leave a feedback on thisx

I strongly think this article helps to emphasize that refugees are in need of help. Not only did they have their whole country terrorized but it also caused them to flee it and leave their homes behind. In my opinion, I believe that Airbnb is doing an amazing job at giving these Afghan refugees a second chance at living a normal life. It would seem extremely unfair if our country was to accept these refugees without a means of giving them the adequate shelter and resources they require to make a simple living.

I find your discussion post “Housing for Afghan Refugees”absolutely fascinating. I would’ve never thought that a platform like Airbnb would serve a greater purpose other than being a cheaper alternative for a hotel. I think this perfectly encapsulates the concept of human decency.

Thank you for posting! You are a terrific writer which is why I look forward to your next discussion post. Not to mention how you chose to discuss a really important topic which I find very admirable!

Dear Brenda, I am very surprised by your post, “Housing for Afghan Refugees” because I did not know that Airbnb is providing housing for Afghan refugees. I am glad you chose to discuss this because I think it is very important for this information to be talked about more because this can help many people and families.

The sentence that stands out for me is: ” I believe that Airbnb is doing an amazing job at giving these Afghan refugees a second chance at living a normal life.” I think this is very true because they deserve safety and opportunities to create a better life for themselves.

Thank you for your writing. I look forward to seeing what you write next!

I am very grateful that efforts are finally being made for rehabilitation. I am now convinced to further look into this article as I as well believe airbnb is doing an outstanding job in enhancing their living conditions.

I was really interested to find out that Airbnb is opening up spaces for refugees. I haven’t been completely up to date on the changes going on with the Afghan refugees, I am very interested to learn why the US left Afghanistan in the first place after so long being located there.