Hope: The Foundation of America

Home Hope: The Foundation of America 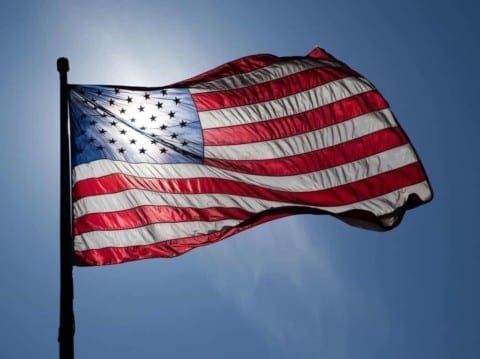 Barack Obama’s The Audacity of Hope is a book exploring the life of then senator Barack Obama and his view on our beliefs and history. Though he believes there are divisions within our nation that are unmendable, he also believes we have a past that we’ve learned from significantly.  Throughout it all there is a common thread for it. The thread of people holding out hope even in the most bleak of situations. Hope is used as not only a way to continue moving towards the future, but in this novel in particular it’s used as a fuel to pursue dreams, or opportunities that could better your life.  We see this not only with Mr. Obama’s life but with the lives of the countless Americans he spoke to during his travels through our country. Obama’s ability to comeback after incredible failure can be easily compared to the story of Jeffrey Sterling. A man who had everything going for him. Had a job at the CIA, worked hard in order to succeed and he believed he was living his own American dream. Those days are long behind him though, now he lives in a Colorado prison and spends everyday hoping that society gives him another chance.  He still has optimism for the future, as he believes the American dream that he’s pursued all his life is still alive and well. This can be mirrored by Obama’s continued hope in the future despite failing in previous races, and faced with incredible odds and opponents. Obama’s story has always been one of uncertainty. Uncertainty that can be related to the stories of immigrants and people who enter our country. Like Obama they have a future ahead of them but no certain road to walk on, and no endpoint in mind. They live one day at a time and take it one moment at a time.

The American Dream is timeless pursuit of success and happiness.  Like the story of Joseph Fox, an Ohio farm boy who rode to Mexico dreaming of one day being able to own his own farm. Through day and night, and without a single amount of money with him, he made it to Mexico.  His dream would plant this seeds for his descendants who would follow years after him. One of whom, Vicente Fox would become the 55th President of Mexico. This shows that your hope and optimism can be the catalyst of great fortune and happiness for the people who follow you, and all of it started with just a man and his dream.

The American Barack Obama talks about, is a land where many can travel to not only to escape persecution, but to find hope for a future of success and happiness.  Hope is one of the building blocks of our nation. It was hope of a country free of oppression that gave our founding fathers the will to fight. It was hope that all men could be equal that empowered the union to keep fighting against the confederacy, and finally it was hope that they could be reunited with their families that gave our troops the strength to keep fighting during both World Wars.  Perhaps that’s what keeps this country together. Hope that we can all be happy one day.

Sterling, Jeffrey. “Why I Still Have Hope In The American Dream That Failed Me.” The Huffington Post, TheHuffingtonPost.com, 20 Aug. 2017, www.huffingtonpost.com/jeffrey-sterling/why-i-still-have-hope-in-the-american-dream-that-failed-me_b_11592998.html.