Why are humans destroying nature instead of honoring it?

Home Why are humans destroying nature instead of honoring it? 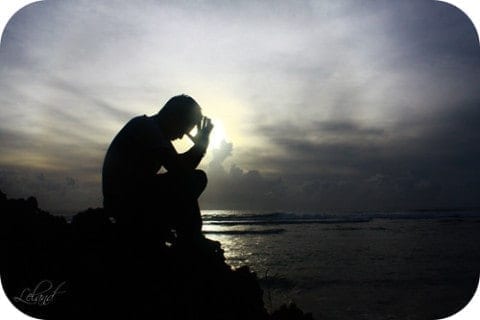 What is so special about nature? What are humans doing to it? This topic of nature has been answered by Diane Ackerman in the poem “School Prayer”. On the tip of the iceberg Ackerman’s poem is about nature and honoring and she does it in this pledge way, similar to the Pledge of Allegiance which kids used to sing every morning at school. Why is Ackerman talking about nature? Why is she doing it in this way? Is she talking a lot about honor nature say things like “I will honor” and “I will not dishonor” Is she saying that she will honor nature? Or is she talking about honoring something else?

In Lines 20-23, Ackerman writes, “I will honor all life wherever and in whatever form it may dwell on Earth my home”. Here she tells us she will honor all life on earth in any way, shape or form as well as saying on earth. Well, that’s the only life we know exists. She also adds that it is her home. By doing so this makes me think that she is saying this because we humans are not honoring nature as we should. After all, nature is here on earth, and earth is also our home. As a theorist, Maria Popova points out “A great deal of Ackerman’s exquisite writing is devoted to celebrating science”.In other words, Ackerman is a scientist and so here work is really about science and this poem is about the science of nature and in my opinion about climate change or humans destroying nature. The bigger picture that this brings up to me is that use humans are not honoring nature as we should. But why aren’t we humans honoring it? We are taking it for granted, and because of this Ackerman is being the better person and is saying that if others are not honoring nature then she will.

Another part of the poem that also creates the thought she will honor nature as other humans arent is in line 5 where she swears of not dishonoring, “I swear I will not dishonor”. It’s like she is taking an oath or a pledge and hopefully, she won’t break this pledge or oath. Yet again this is about not dishonoring nature, yes it doesn’t say much of other people hating or not dishonoring nature but is you read on to line 6 it says “my soul with hatred”. This signals that others must have filled their souls with hatred and with this oath she is taking she is swearing she will not do what others are doing and rather she will honor nature in itself. Theorist Maria Popova also pus out that “Although cast as a child’s prayer, the poem is a powerful invitation to the attentive presence and beautiful daily practice of intention, whatever one’s age”. In other words makes clear a daily practice similar to the pledge of allegiance which is said daily, which if you have noticed is very similar to this poem. Also dishonoring nature by humans is also done daily and she also says no mature one’s age so it can be anyone doing such dishonoring. This line is also a turning point for the poem as if shifts from a calm poem talking about the beautiful aspects of nature to her tell us that she will honor nature in all its glory.

Furthermore Ackerman also not only talks about honoring nature but she also talks about nature’s beauty which continues the thought of her wanting to honor nature. She specifically says “In the name of the daybreak and the eyelids of morning and the wayfaring moon and the night when it departs”. Ackerman describes nature as a beautiful a magnificent thing and after she described nature in this way she started to say that she will honor nature. It sort of like she is saying that humans are missing out on the beauty of nature, they’re just looking the other way. And well she mentions the beauties they’re missing out on. Nature is something many don’t appreciate and well Ackerman sure does.

To conclude Ackerman honoring nature is a way to tell people that humans are not honoring nature rather they are destroying it. She tells us this by describing the beauties of nature and tells us that she will honor and guard nature as it on earth here home. Due to the fact that humans are dishonoring nature she wants to take a step away and actually honor it instead of dishonoring it as she says she will honor all life on earth and she won’t dishonor but rather give humbly which creates that thought that others are honoring it and she is saying she won’t be doing this dishonoring.

I think that humans dont think about the consequences of some things that we produce or eat. it shows that the world might end because of the human race.

I like this. I think that we as humans have come to think of nature as something that can benefit us. While its resources are plentiful for now, I think we need to take time to appreciate the world we are surrounded by and recognize that if it is not taken care of, it will not be the same.