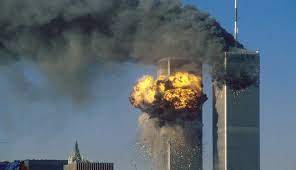 In the article, “Remembering 9/11 Twenty Years Later” (McGraw Hill) I learned that the morning of September 11, 2001 there was a terrorist attack which was done by Al-Qaeda in New York which targeted the World Trade Center causing the buildings to later collapse. This horrific event resulted in over 3,000 deaths and what led the Bush administration to begin the War on Terror in Iraq and Afghanistan. New York family members of the victims gathered to read the names of their loved ones at the National September 11 Memorial and Museum in New York City. In order to honor and remember those who lost their lives there is an organization called Tunnel to Towers which is a five hundred mile walk from Washington D.C. to New York City. They make stops to honor the rest of the attacks besides the World Trade Center like the pentagon, and the site of crash of Flight 93.

I believe what happened during 9/11 was such a horrendous event. I cannot imagine how horrifying that day must have felt and what those people must have experienced. Honoring these people and this day is so important because some risked their lives for others. Some survived and lived with the traumatizing event.

Do you believe it is important to honor 9/11 even after all these years?