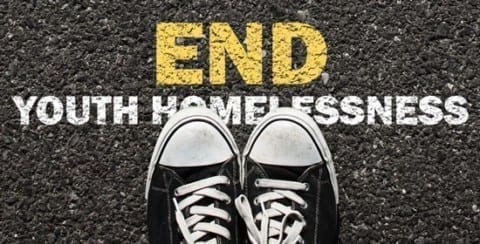 When the thought of homeless youth was brought to my attention I just assumed it was young adults who were lazy and didn’t want a job. Or were just depending on other resources to provide for them cause they wouldn’t work for what they needed or wanted. Then it was brought to my attention that is was totally different and these people are a result of wrecked homes and or there not being a foster home that did not meet their needs. And some weren’t able to pay for school and a place to stay so they live on the streets or on people’s couches in order to get an education. Now I see that this really is a huge problem that is occurring and its alarming because soon i’ll be a young adult and I don’t want to risk being homeless just to have an education. I believe there has to be more for young adults or youth dealing with home problems and education.

The Housing for Homeless Students Act was placed to prevent students from being homeless while they are in school,along with young veterans. This act was placed in 2014.Professors at colleges are starting to have concern for their students that pay for college courses before they do for a  home. And some homeless youth aren’t even high school graduates they still attend school while they are hopping from couch to couch. A Solutions to these problems could be free college or cheaper complexes to house them because that way they can afford a place to stay. I found that Apartments and houses in San Francisco are first on the list for most expensive housing. A quote I found states that “Over one million young people in the United States currently face homelessness, and many do not have an adult in the picture to provide guidance or assistance when it comes time to think about higher education.”

As of right now there are 1.3 million youth living on the streets statistics suggest that the youth without supervision or a stable place to live eventually develop mental problems and or commit suicide or pass because of lack of stability. There are other programs that provide possibilities for example (RHY) (FYSB) which reaches out to them and gives them what they need. It’s more for the youth who need mental support and who had to run away from home and pregnant youth.

I personally have had a conversation with one of the kids in youth group in church whom looked very shaggy cause he was trying to grow a beard he always wore very nice clothes and you wouldn’t have noticed that he was homeless because he always had a smile on his face and was always quick when it came to helping others and always was dressed up. Soon some realized it was him who needed the help because he didn’t have a home.

I hope in the near future that there will but more hands on deck for these problems. Perhaps they can find families willing to take them in.What can be done to bring more awareness to the young people who need help.

Sallie,
I didn’t know that there was a Homeless Student Act that prevents students from not having a home while studying. What I don’t understand is how come there is 1.3 million homeless youth living in the streets but yet there is a act that prevents that.

Sallie,
I like how you are focusing on students that have to pay for college/university which may lead them to end up homeless or having to stay in people’s houses. I also like how you brought up students who are still in high school and even though most high schools are public, they are struggling to have shelter to live in way before they go to college where students will have to pay for their education

This is very interesting that some young people are living in the streets because of how expensive college is. I wish the government was able or had the will to subsidies college education because currently it is extremely expensive for lots of people. Its probably going to get way worse. It is a good thing that you spread the word on this issue.

Sallie,
this is a very needed post. Thank you for bringing attention to this massive problem in this country. I also like that you suggested things that possibly could help. At least lowering the cost of college could be a big help, as well as subsidized housing for students. Nice job. Keep it up. 🙂

Sallie,
I agree we need to take action to fix this problem. We could provide programs to those in need to help them with the costs. Also we need to lower the cost of tuition as a whole, it is ridiculous. Sadly this issue is not really on the government’s agenda.

Sallie,
This is a very interesting blog post. I had no idea that there are 1.3 million homeless youth living on the streets. I also found it interesting that you suggested free college. I think that’s a good idea but where would the money come from? Where would the government reduce spending in order to have free colleges? in order to bring more awareness to homeless youth I think more people just need to spread the word via social media. I think more people would be willing to donate and help out if they knew what these young adults went through.