A letter to the mayors.

Home A letter to the mayors. 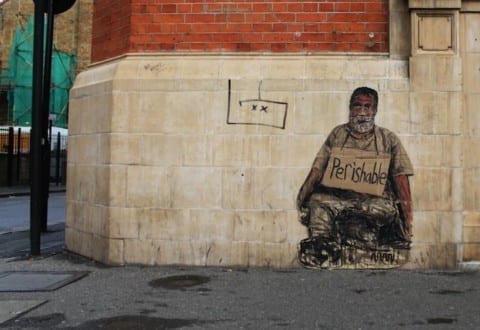 The unfair advantages that people from different communities face drives some to homelessness. Gentrification and the use of drugs, on top of that the mentally ill and LGBTQ+  community are facing an insane amount of discrimination.

People with mental illness have a higher chance of being discriminated against, and are more likely to experience abuse, which leads them to drug use. , In the article titled “the connection between homelessness and addiction” and it states,”In addition to suffering mental illness, homeless individuals suffering mental conditions are more likely to be victims of assault, further needing the comfort they temporarily find in harmful substances.” Mental illness is linked to abuse, and abuse is also another issue or root cause for homelessness in the Bay Area. money in rehab centers and recruit more and applications for volunteer workers to lend a hand and help those in need. Volunteers can help with shelters and places for people without homes to clear their head and to do needle exchanges instead of using dirty needles, which will provide a clean and healthy environment for both the homeless and the people with homes.

Homelessness is affecting multiple communities including the mentally ill, people struggling with addiction, LGBTQ+ people, and veterans.  makes us look bad as a community since we have so many homeless people in our community who to use the sidewalks to sleep and set up their tent homes which is an inconvenience for everyone. This problem is at an institutional level and it shows how the government wants to protect the 1%’s money yet they don’t care for the people trying to live in such a harsh environment, which also shows how the homeless constantly have to move from place to place because they’re a inconvenience to the public. The allies that homeless people have are the people who make food drives and help the homeless community with clothing, shoes, and personal hygiene products. The people against them are the people who want to pose as homeless and commit fraud while asking for money and pretending to be homeless when in reality they’re not really homeless.

Tactics that have been used to address the issues of homelessness are direct service.  In 2018, Benioff (The CEO of a computer company) has decided to donate a large sum of money in order to help with the initiative of preventing homelessness. However it has been met with opposition:

“One side, led by the city Chamber of Commerce, says suddenly infusing hundreds of millions of dollars into indigence programs would be fiscally irresponsible and would mostly just attract more homeless people to the city. And the other, led by the San Francisco Coalition on Homelessness and community-based organizations, says a surge of funding toward compassionate programs would dramatically clear the streets.” (San Francisco Chronicles). It shows how there are two sides of the initiative; one side is for the idea and the other side believes it would be financially irresponsible. This initiative would be an example of direct service. “The money would, among other things, provide housing for 5,000 people, pump as much as $75 million into mental health programs and create 1,000 new shelter beds.”

This initiative will help homeless people in need of housing and help prevent people mental health issues from becoming homeless. Benioff was able to start this initiative which you can support.

Moreover, you can also help homelessness directly by involving yourself with the campaign “supplies, sealed, and delivered.” This campaign collects essential supplies such as  toothbrushes, toothpaste, soap, and nonperishable foods to deliver to homeless shelters or people directly  themselves this campaign helps a lot because it give homeless people the necessities they need.

Steps we would take to address homelessness would be…

In our plan we are using direct service and community organizing to bring a little more help in the lives of people who have no homes.

In conclusion, Mayors Schaaf and Breed, we need more affordable homes or at least some more shelters near places in the bay with the most amounts of homelessness like Lake Merritt, this will help combat homelessness because it will be providing food, clothes, and clean needles for the homeless, it doesn’t take much to do a lot of good, please consider this and make a change to help make a decrease in homelessness.

i know this is a credible source because it is a rehab website and it gives people the option to put their numbers to get a free confidential call, on top of that it shows the many different statistics related to addiction and homelessness

This article talks about how their is proposal that is for helping homeless people with housing but there are two sides of the story.

Seaton, jaimie. “Homeless Rates for LGBT Teens Are Alarming, but Parents Can Make a Difference.” The Washington Post, WP Company, 29 Mar. 2017, www.washingtonpost.com/news/parenting/wp/2017/03/29/homeless-rates-for-lgbt-teens-are-alarming-heres-ho. I can trust this as a source because Jamie is talking about how she was talking with a parent about his experience with his son coming out as trans and how he was completely fine with it, showing how with parents like him, there wouldn’t be any transgender teens homeless in the streets.

she is credible because she does know what she is talking about in the article and it shows how she goes to big heights to help those who are in need.

This letter is so profound and informative. I truly enjoyed reading it and was compelled by the points you guys made. I also really liked how you cited different reasons for homelessness and connected the dots to show the roots of the cities’ issues. I think you have given a really comprehensive overview of homelessness ans some of the reasons it continues to occur. However, I think you guys could demand change a little more. You are asking the majors to put more money into programs that fight homelessness, but you don’t suggest where that money could come from. You guys have such an expansive look at the issue, I think you could go even deeper. Give them practical ways they could help clean up the streets. List some inexpensive options that have worked in other cities or countries. Also, explain exactly how you’re going to raise awareness with the Instagram account and maybe even provide incentives for people that spread the word, and you could even ask people to donate prizes and do giveaways. Get creative! You guys definitely have a passion for this and I think you could be more adamant about the specifics of the change you want.

I am so impressed with your letter, “A letter to the mayors”, because it is very rare for young individuals to advocate for a change by writing letters to public officials. One sentence you guys wrote that stands out for me is “This problem is at an institutional level and it shows how the government wants to protect the 1%’s money yet they don’t care for the people trying to live in such a harsh environment, which also shows how the homeless constantly have to move from place to place because they’re a inconvenience to the public.” I think this is crucial for readers to understand because people do not realize how their decisions to destruct areas to build skyscrapers can displace many homeless people. As a result of the government ignoring the homeless, the homelessness population has skyrocketed because they are not being provided the resources that they need to start fresh create better lives for themselves. Thank for your writing. I look forward to seeing what the two of you write next because you are both very ambitious and put a lot of thought and research into your writing.

Thank you for highlighting this important issue. I live in Los Angeles, and homelessness is increasing at alarming rates here as well. I appreciate how in your letter you incorporate research and evidence along with your own observations and experiences. This helps your reader understand why this is such an important issue for you.

I have a question about your plan. You are writing to mayors, so are you telling them that you are creating this Instagram account, or are you encouraging the mayor’s office to create social media accounts specifically to address homelessness? Both ideas have value, but I’m curious about which direction you want to move towards.

Thank you again for sharing, and I hope to continue this important discussion.