History Told Us What We Should Be

Home History Told Us What We Should Be 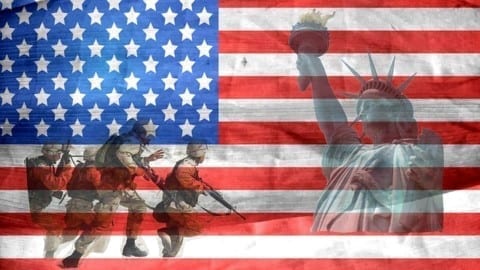 People from around the world and in the United State strive to achieve what’s recognized as the most important aspects of the American Dream: Freedom and Equality. To be an American means different things to each person who lives in the United States. The United States is known as a melting pot – a country with different people, but all are here for a couple reasons –  democracy, freedom, and equality. Throughout history, Americans have and are still struggling for freedom and equality everyday.

In the beginning of history, people came to this new land in search of freedom, valued beliefs, and for a new life from Great Britain after a long and tough journey. Great Britain still controls them in this oversea land. Some of the representatives were Benjamin Franklin and Thomas Jefferson, who advocated for freedom and equality for people. These men came out with The Declaration of Independence, which was a document created to tell Great Britain on why the colonies were going to be separated from them. It was about the beginning of American freedom. The Declaration of Independence said: “We… publish and declare, That these United Colonies are, aimd of Right ought to be Free and Independent States; that they are Absolved from all Allegiance to the State of Great Britain.” This proves that the colonists in the land have been longing for freedom and equality to get rid of the unfair control from Britain. This also proves that America was created to be a base of Freedom and Equality since it’s beginnings.

We do not just pursue liberal democracy, we also want equality in terms of daily life for the people of America. As time goes by, the society developed and Native Americans died because of land conflict and disease, but Americans need more productive force, so some European colonizers transport a large number of Africans suitable for plantation labor, thus forming the plantation economy of slavery of America. In the American Civil War in 1861, in order to reverse the situation of the war, Lincoln issued The Emancipation Proclamation, which legally decared the abolition of slavery. Since then, African Americans have been fighting for the change of racial discrimination, and some people even gave their lives for it. Martin Luther King Jr. said “we hold these truths to be self-evident, that all men are created equal” in the I Have a Dream Speech.  It calls for the freedom and equality to different races in the United States with a powerful and encouraging public speech.

Today, we are still exercising our rights of freedom and equality. America has always been known as the land of freedom and opportunity where people from all over the world come to pursue the American Dream. We are given the power to elect our president. We, the consumers, decide what we want to purchase. We also have the right to freedom of speech, to protest, and say whatever is on our mind. We speak up for social injustice and accept our differences around us. We have a rigorous and fair legal system to make sure everyone is equal before the law.

Hi Baoyang! I really enjoyed reading this article because there were so many connections with this article to mine. My article also talked about the strive for freedom in America and why that leads to America becoming such a melting pot. I talked about cultural openness and more of a broader standpoint overall. I liked how your essay took on more of a single point and heavily expanded upon that. You also used more of a history based type of essay by having a lot of your evidence from old documents, such as the Declaration of Independence, the “I have a dream” speech, and the Emancipation Proclamation. To further support your argument, I would recommend putting something more on where we our now to show not only what we believe in, but also if we are enacting our creed of freedom as you say. I’d recommend looking at things that could also counter your argument and take that into view. https://www.irishtimes.com/life-and-style/abroad/america-is-home-to-many-brave-people-but-it-s-no-longer-the-land-of-the-free-1.3369612