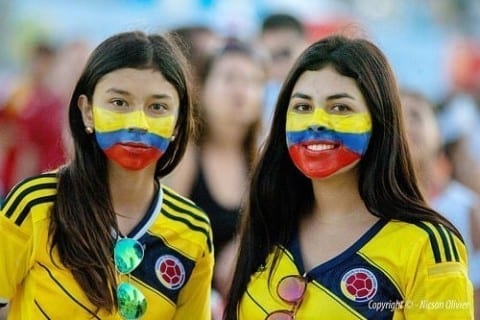 I  strongly enjoy this article because it’s talking about soccer and how it develop into one of the most popular sport in the world, which I enjoy because I play soccer  almost every day with my friends. One of the reasons why I like about this article is because it talks about  how soccer started off in England saying how they made up the rules and also talking how certain rules was no longer acceptable.

One sentence from this article that stands out for me is: “The need for a single body to oversee the worldwide game became apparent at the beginning of the 20th century with the increasing popularity of international fixtures.” I think this is great  because  soccer is now exploited to the world and that the reason why a lot of people play soccer such as me. This connects to me because I’m so relief that I get to play soccer on an everyday basis.

Over 90,185 spectators attended the 1999 FIFA Women’s World Cup and nearly 1 billion viewers from 70 countries tuned in. By the FIFA Women’s World Cup 2003, 16 teams competed in the championship finals.”  This is important because I gain new information about the women’s soccer talking how they started to play earlier time then this most likely around the early 90’s.

This stood out for me because I like the fact that soccer it’s not only for men, women can also play as much as they want, also allow to play another sport such as basketball, cricket, and etc.

What I learned from this article is that soccer was a long time sport which has been playing for centuries now soccer today is the most popular sport thus far that everybody play. Most importantly what’ve learned in this article is that women also played during the early 90’s, The first women’s world cup as played inaugurated with the FIFA women’s world cup 1991, hosted in China. Also,I didn’t know that women soccer started to get popular around the 90’s  I thought it started to get popular around 2010.

One question I have after looking at this history is about corruption within FIFA. That’s what I want to learn more about now.

Dear Mamadou,
I am interested about your post because it mentions how the sport of soccer will consecutively keep on developing. Also, I (soccer player) love playing the sport, but also did not know that soccer popularity increased in the 90’s.

Very nice! I feel much more informed about soccer and the way it transcends gender.