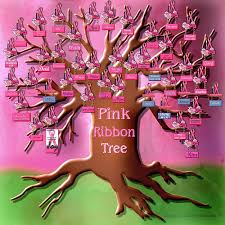 The large increase in the incidence of localized cancers without a corresponding decrease in advanced breast cancers suggests a prominent stage shift, due to overdiagnosis. The drop in the mortality rate could be accounted for by an improvement in cancer survival, likely due to increased use of adjuvant chemotherapy over the period.