History Not Left Behind

Home History Not Left Behind 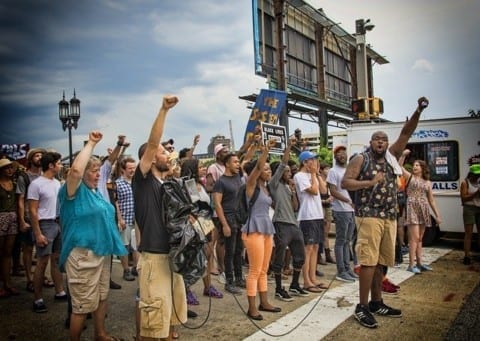 Racial profiling in the United States has become really serious, not just now but back in history. No small thing about history was obviously the slaves, almost all the African Americans would be used as a tool so they can make the white people’s life easier.

Now in the present, we still have the same problem but African Americans aren’t being used anymore. Now there’s equality in the United States, but some people still believe in the past history. But now it’s still hard for them because in the minds of many people they still are like they were centuries ago.

When does this happen nowadays? Well, most likely every day. You don’t know, but it goes from getting followed on a store to getting stopped by the police for no reason at all only because of their skin color.

Now they have stood up for themselves. In the summer of 2013, after George Zimmerman’s acquittal for the shooting death of Trayvon Martin, the movement began with the hashtag #BlacLivesMatter. The movement was co-founded by three black community organizers: Alicia Garza, Patrisse Cullors, and Opal Tometi.

What is Black Lives Matter? Black Lives Matter (BLM) is an international activist movement, originating in the African-American community, that campaigns against violence and systemic injustice towards Black people. BLM regularly holds protests speaking out against police killings of black people, and broader issues such as racial profiling, police brutality, and racial inequality in the United States criminal justice system.

Christian, I love that you chose to speak on this topic; it is super important in this day and age because unfortunately, it still occurs, maybe in even greater proportions than we might want to imagine. This article, https://www.cnn.com/2018/05/11/us/everyday-racial-profiling-consequences-trnd/index.html, brings to light the dangerous effects of racial profiling. It’s really interesting and at times even frightening.

I agree that racial profiling has become a very serious issue in the United States and it has become very aggressive and violent. I agree that there should be changes on how our criminal justice systems treats people of different color. We all deserve to be treated the same way and we should all be treated as equal, because at the end of the day our skin color shouldn’t matter. Police officers should do better of not giving special treatment to those who aren’t African Americans. Then that raises the question of can we trust our justice system to keep us safe? or Can we trust them not to be biased about other peoples race?

This topic very important to me I like that you have decided to write about this. The topic is also frustrating, it’s been decades and black people are still looked at as less than as dangerous as uneducated and the list goes on and on it’s crazy. Here is an article I think would interest you https://www.washingtonpost.com