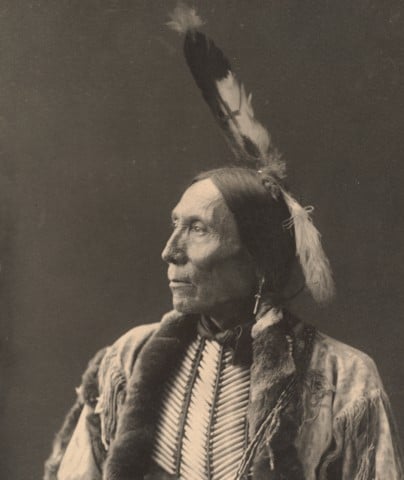 Native American communities face many obstacles, one being a huge mental health crisis. Native Americans have endured a brutal history as they are the original founders and inhabitants of America. The corruption of colonization has resulted in a loss of their sacred lands and cultural traditions. Indigenous people have never escaped the mistreatment and racism colonization has inflicted upon them, this has affected them tremendously.

I decided to conduct research on the developed mental health issues in Indigenous communities because I believe this issue is very important and overlooked as well. I had a goal of understanding the main contributors to this ongoing predicament, how it has contributed to other problems found in Native communities, and what steps have been taken, if any at all, to improve this situation. There is a huge connection between mental health and issues of substance abuse throughout Native communities.

According to the article “Historical Trauma:  The Confluence of Mental Health and History in Native American Communities”, “Alcohol dependency rates are three times higher than the national average, and almost twenty percent of deaths are related to alcohol.” Clearly, alcohol is used as an outlet and a coping mechanism for the harsh life of being a Native American residing in the U.S.

Furthermore, The National Institute on Drug Abuse reports that the issue of substance abuse contributes to other ongoing problems such as violence, crime rates, mortality (a result of high suicide rates, and overdoses), and an increase of delinquency. Therefore, the first step we need to take in order to support Indigenous communities is to focus on the mental health crisis that is occurring.

For the purpose of improving mental health issues among Native Americans, change has to start with the youth. A study from Monitoring The Future found that  “In 2009-2012, 56.2 percent of American Indian 8th graders and 61.4 percent of those in 10th grade had used marijuana, compared to the average 16.4 percent of 8th graders and 33.4 percent of 10th graders.” These statistics show us addiction starts from a young age. But, what is being done to help with this problem?

There are many programs that focus on preventing Native American children from developing a substance or alcohol addiction, some better than others. Family Spirit is an organization that targets teenage Indigenous mothers. The organization has a goal of supporting them through pregnancy and the early years of raising a child. Moreover, they educate new mothers on the proper way to raise their children and the importance of having a strong relationship with their children. The Substance Abuse and Mental Health Administration also offers numerous programs that pertain to Native youth and prevents them from partaking in the abuse of substances.

There are also ways you can help by donating to programs that support Native American communities and strive to make a great change among them. If donating is not an option for you, spreading awareness of these issues by posting on social media or talking to others can help as well. The government neglects Indigenous People, if you speak up, use your voice, and protest, you can bring attention to their mistreatment and allow for even more programs to be created in order to support the ongoing mental health issues. A small voice is still powerful enough to make a great impact and support Native communities.

Here are the organization’s websites: